Bauhus Museum and its garden(?) 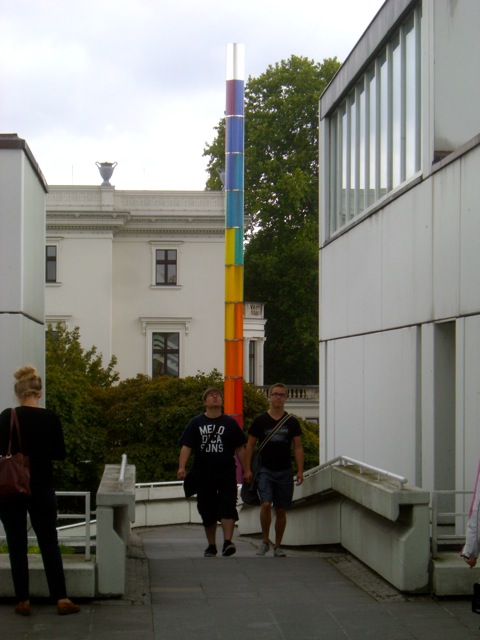 I'd always wanted to visit here. The Bauhaus School movement (also called the International Style) is an important influence in design, typography, art, industrial design, interior design & architecture. But certainly not on gardens. I guess it's too much ornamentation for them. But I figure Ludwig Mies van der Rohe, Walter Gropius or Marcel Breuer must have had gardens someplace. They weren't here.

It was an actual school that, after graduating students, would put them to work in "workshops" to design products, and then actually develop them into marketable, sell-able items. They developed everything from chairs to lamps to dishware.They closed themselves down under pressure from the Nazis. The bastards.

The museum itself looks like some past generation's version of the future still yet to come. It's a bit severe. But inside are Bauhaus influenced art from furniture to product design, from photography to architecture. Still stunning after all these years is a model of the 1929 International Exposition Germany Pavilion in Barcelona, Spain, by Bauhaus former director, Mies van der Rohe. It STILL looks futuristic.

If nothing else, I want the colored totem seen in the top photo for my garden. 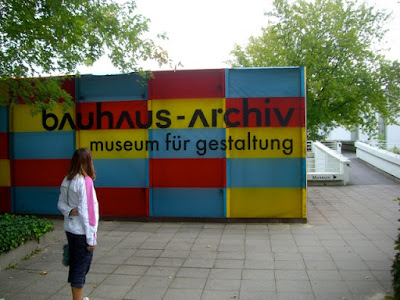