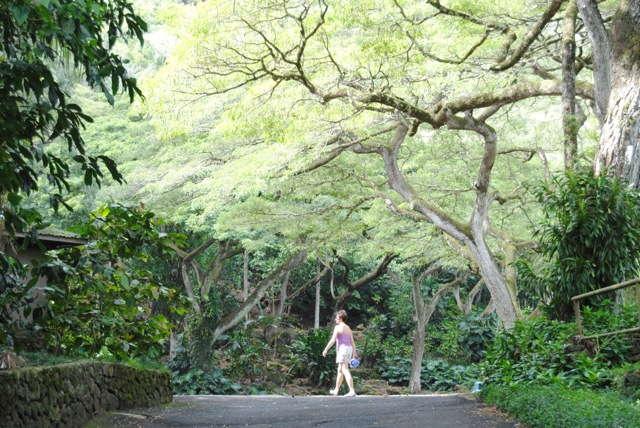 Waimea Valley is an historic botanical park with hiking trails, a waterfall swim area, Polynesian historical cultural center, arboretum, botanical garden, nature preserve, and bird sanctuary that also has the requisite restaurant and gift shop. It's on the North Shore of Oahu, right across from the beautiful beach on Wiamea Bay.

We weren't sure what to expect, we visited because we were headed to the North Shore in Search of beaches and saw hat there was a hike in a nature center nearby and decided to go. It really wasn't a "hike." It was more of a walk through a park - paved main roads, groomed paths, stone stairs and bridges large and small. 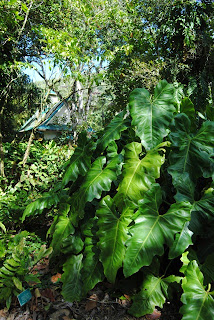 It's a pretty park with areas divided into plant types (bromiliads, hibiscus, begonia, ginger and helicona and more) but also had areas by Pacific region (Hawaii, Guam, Sri Lanka, Central and South American, Madagascar, Galapagos Islands and more), as well as areas defined by plant use (medicinal, food, fruit/nut/spice gardens). Plants and areas are well-marked. One point made well is that the Hawaiian Islands are home to more than its native plants -- plants come from those other areas of Guam, Central and South America, Madagascar and more. Did you know that not even the pineapple is native to Hawaii? 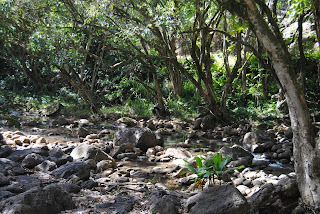 On top of all that, there was an area for demonstrating ancient Hawaiian living which not only included reconstructed traditional palm homes, and a games area, but the foundations of actual remains of a small community which was original to the site.

And on top of all that, you're handed a bird guide as you enter the park. You'll see the chickens and roosters as you drive in, if you're lucky, the resident peacock will great you. Though I think he's more interested in knowing if you have french fries or not.

If you're ever on the North Shore, we recommend Waimea Bay beach, directly across the street from the park. I would even suggest visiting the park and leaving your car there while frolicking on the beach, as parking is hard to come by. They charge $5 for beach parking at the park, but if you visit Wiamea Valley park, you can stay in their parking lot while you beach it. 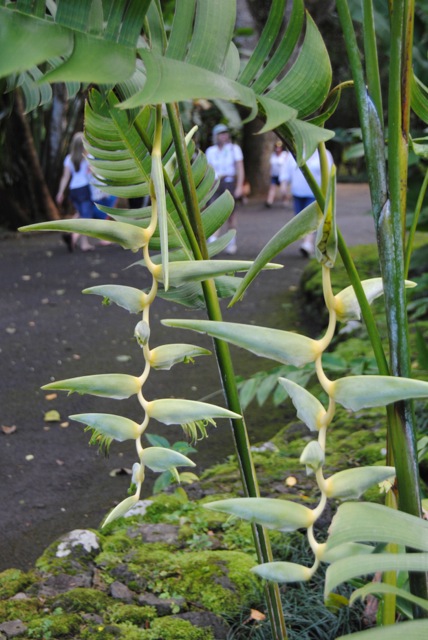 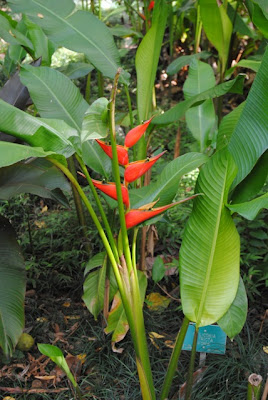 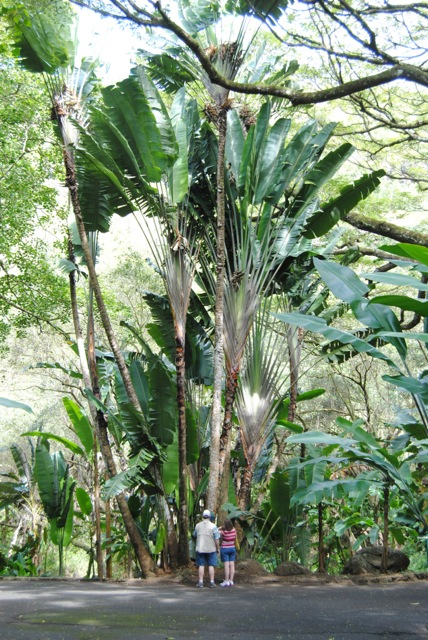 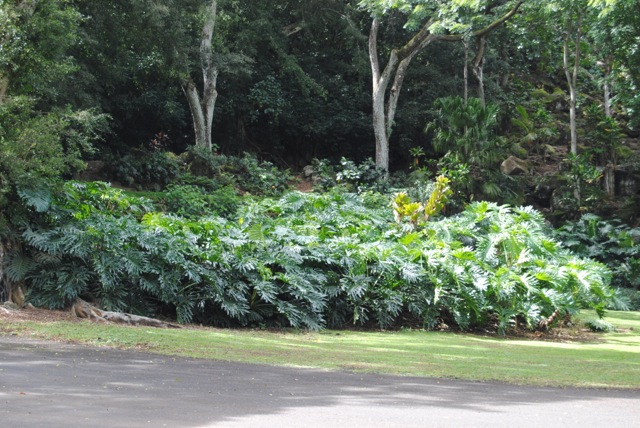 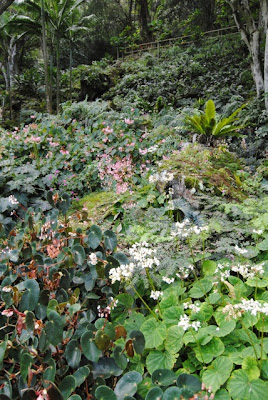 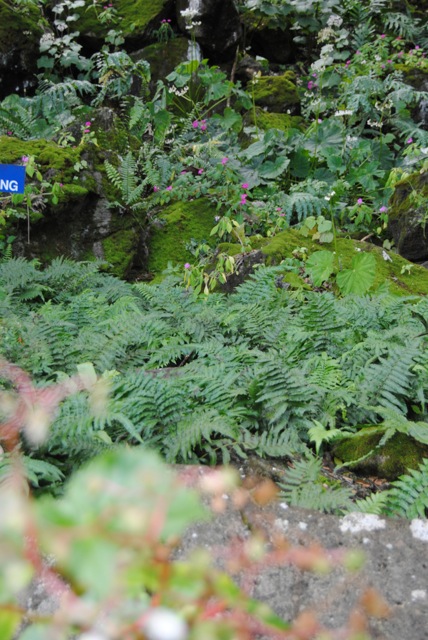 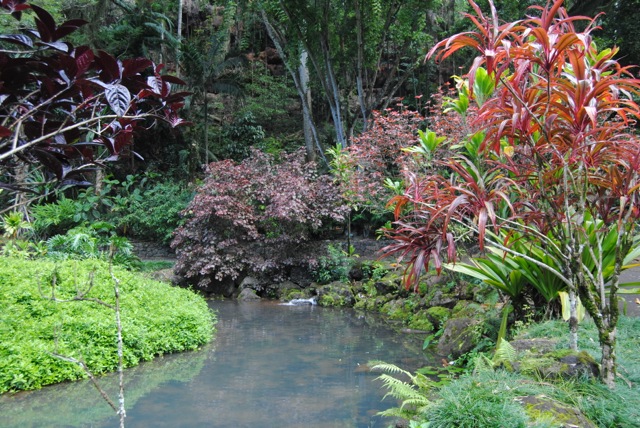 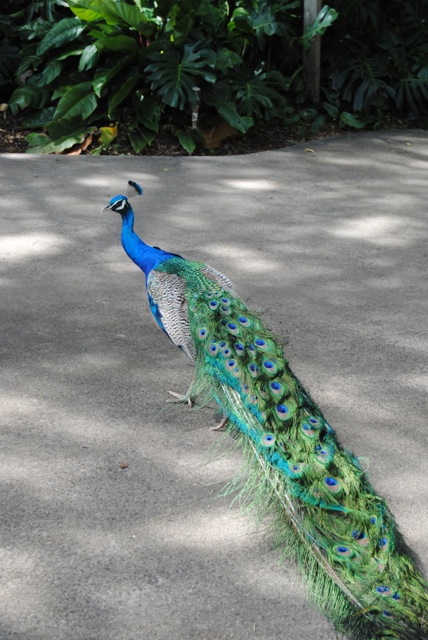