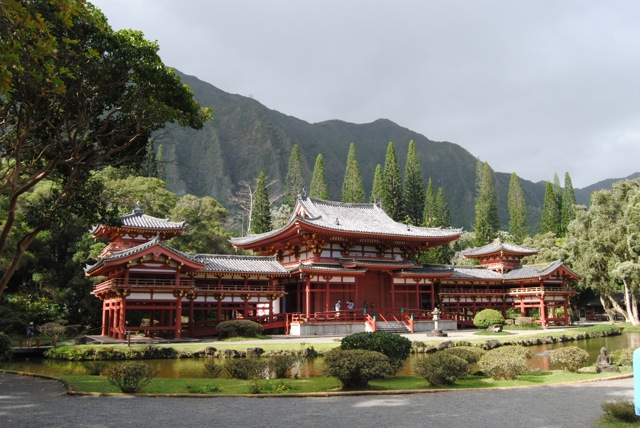 The Byodo-In Temple is a non-practicing Buddhist temple in a Hawaiian cemetery, built in 1968, and commemorates the 100th anniversary of the first Japanese immigrants to Hawaii. It's a smaller-scale replica of a 950-year-old temple in Uji, Japan. And, like the original temple, it is built without a single nail.

The TV series Hawaii Five-O and Magnum, P.I. featured episodes where the temple is incorporated into the plot. The temple and its gardens also appeared in an episode of the ABC series Lost, "House of the Rising Sun" in season one as the home of Sun's father. You can even have your wedding here if you wish.


It's home to peacocks and hundreds of hungry koi, which pretty much follow you around the lake hoping you'll have some food. Another great feature of the park is a huge bell that you can ring with the help of a roped log. For some reason, I didn't get a photo of it. Every visitor is encouraged to bang the bell, so you hear the low hum of the bell consistently while you walk around the temple. 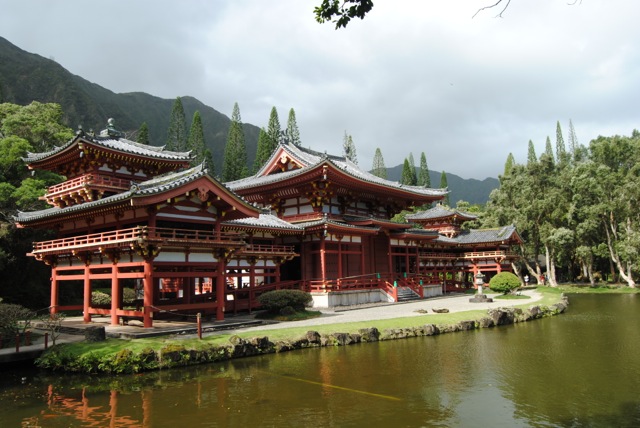