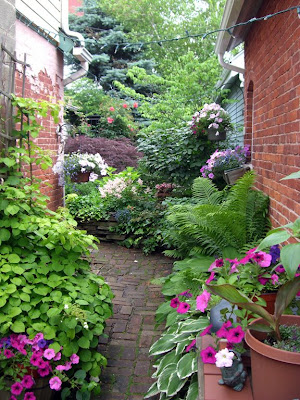 Wouldn't it be great to come home to this colorful alley every day? Ellie does. This is the alley beside her house. Originally intended as a (very narrow) driveway, it is now an immense planter. She added brick on top of the surface and made "planters" by creating raised-beds over the pavement. Narrow walkways of dapple shade can get you lost (mentally) in this minuscule magical forest. This is a popular stop every July on Garden Walk Buffalo. 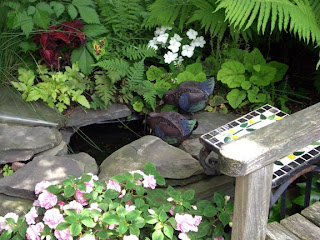 The water feature. It's small, but it's there.
Her little back alley has a small sitting area (big enough for a small table & one chair), window boxes, trees, shrubs, flowers, strings of lights and what is probably the smallest water feature I've ever seen. She didn't want to miss out on the water feature craze, so she created a pond (puddle?) that is about the size of a canned ham–enough to qualify as a water feature on the Garden Walk Map. I think it takes a lot of looking for the birds to find. 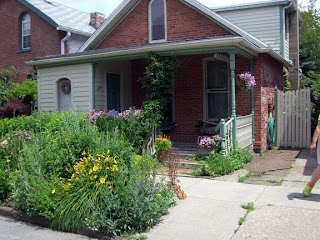 The front of Ellie's charming Civil-War-era little cottage. The alley is behind the gate to the right.

Ellie's house has been featured in a variety of national and regional gardening magazines, including People Places Plants, Great Backyard Gardens and Garden Gate's Backyard Retreat. 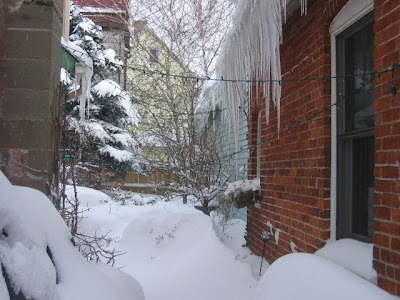 ELLIE ALLEY UPDATE
Ellie just sent me this most recent shot. Okay, it's not the romantic magical retreat year round.