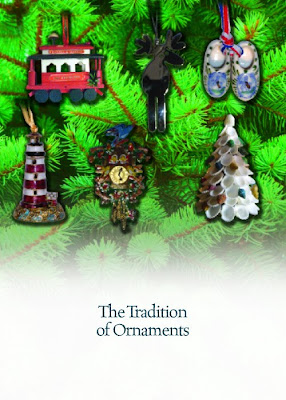 Every year, I design a Christmas card for family friends & clients. They're all based on traditions of Christmas. I've been referred to as the Cliff Claven of Christmas. And they're blatantly Christian -- no mamby-pamby "Seasons Greetings" here. Above is this year's card, extolling the tradition of Christmas ornaments. It features our own ornaments we buy as souvenirs when we travel throughout the year.

The process starts in October when my wife asks if I have any ideas for the card. It really starts after Thanksgiving when I sit down to work on it. It's always cut close, but they do get out before Christmas. Most of them anyway.

The cards have been collected by many friends & family and have become part of their Christmas decorations -- they bring them out every year. Each year, I tell myself this is the year I should get them printed up, in bulk, and sell them so others can send them out. This could be the year.

Below are some of the cards sent out over the years. 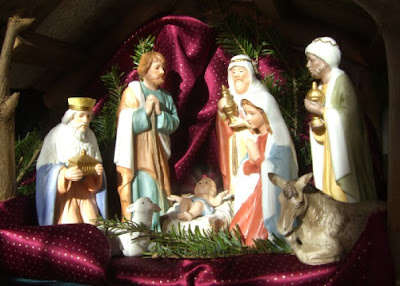 Last year's card was on the origin of the creche. This is our own creche, given to us as a wedding gift. Did you know, traditionally, a creche should be set up on the Sunday nearest November 30 each year, and taken down on February 2? 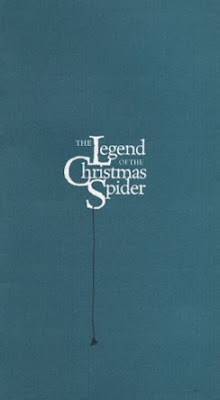 Probably never gave much thought to where the use of tinsel came from. It was a spider. This card had actual tinsel stapled inside. We found tinsel around the house for years after this card was assembled. 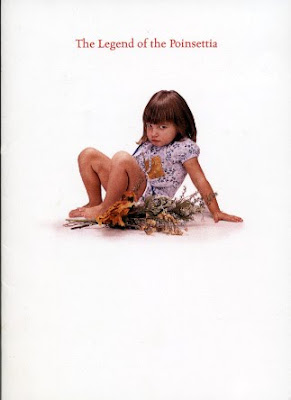 Our daughter was the model for this card with the Mexican-based legend of the Poinsettia. She doesn't look too Mexican, but she had sad & depressed nailed! 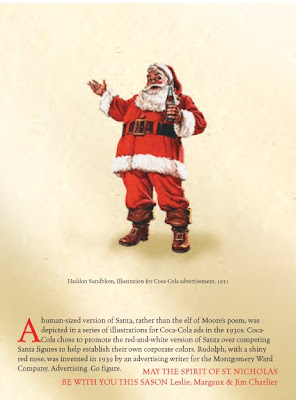 And Santa? A Greek-born (now part of Turkey) Saint - the patron saint of sailors, bakers, pawnbrokers, children, prisoners, shopkeepers and wolves. We can thank Coca Cola for the U.S.'s current incarnation of the Bishop of Myra. The history of mistletoe at Christmas starts with pagan druids.

The first "Holiday Traditions" card I did. It held an actual candy cane. The three lines of red in a candy cane represent the Trinity. 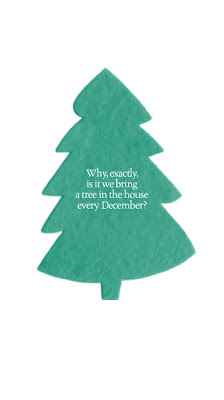 This card, with the history of the Christmas tree, had a tree-shaped piece of paper embedded with seeds to plant.

One foretold Christ's greatness as a king, one foretold his divinity, the other, his human death. Do you know which is which? My wife put her foot down when I was trying to source frankincense & myrrh to put into cards two weeks before Christmas that year. 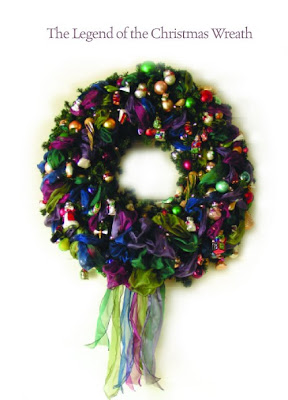 A pre-Christian German tradition. Different evergreens on a wreath have different meanings. 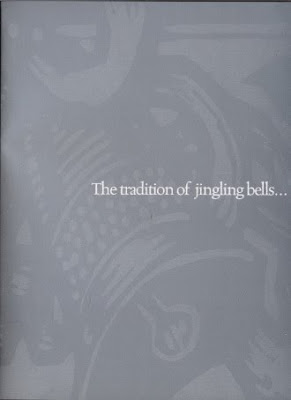 In medieval times, bells were rung during the longest night of the year to ward off evil spirits. 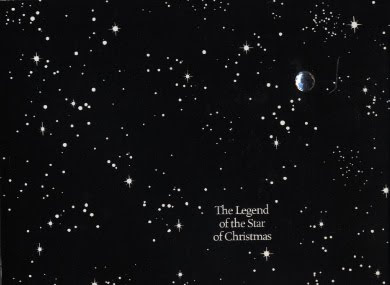 The wise men were rabbis and astronomers. This card had a rhinestone glued to the cover. 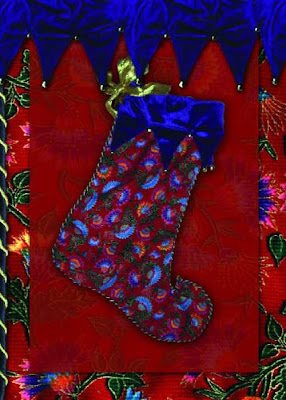 The history of the stocking deals with death, despair and loss of worldly goods. We can blame the Dutch for this tradition. The stocking used on the card was one made for our daughter, by a friend, the year she was born 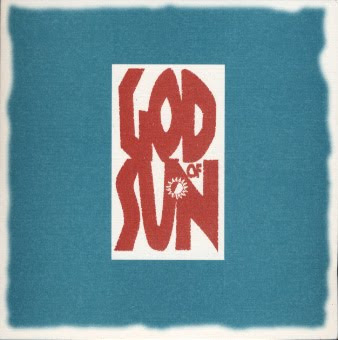 Ever wonder how the birthday of the Son of God (December 25) was decided? It was a manipulative Catholic ploy to co-opt the holidays of other religions, in this case, Persia's followers of Mithra, the god of sun.

Sent out just after Christmas one year, this New Years card listed toasts from around the world - 69 of them! The tradition goes back to the medieval tendency of nobles to kill each other by poisoning wine.
Labels: Holiday