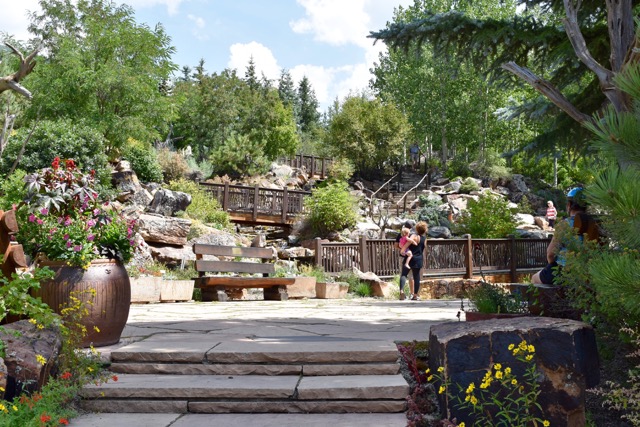 On a recent trip, we visited the Betty Ford Alpine Garden in Vail Colorado. It's billed as the world's highest botanical garden, and at 8,250 feet above sea level, you'd have to be higher than we were to argue.

It's a relatively small garden (and free) that you can visit in less than an hour (unless you're a garden blogger, then you might be able to spend a day there). It's a walkable distance from the center of Vail – we actually rented bikes and were riding around and got to it very quickly.

It's conveniently located adjacent to the Gerald R. Ford Amphitheater, and next door to the the Ford Park Athletic Fields, which is along Gerald R Ford Memorial Highway. Vailians apparently liked President Ford. He brought a lot of media when he visited on skiing vacations in the '70s. The town was only incorporated in 1966, starting out in 1962 as a village established at the base of the mountain for local residents and offered lodging for visitors. By 1969 Vail was the most popular ski resort in the state. In 1988 Vail opened China Bowl, making Vail the largest ski area in North America.

We parked our bikes (don't need locks in Vail – bike shop owner says – no one's ever stolen a bike there!) and walked around for the better part of an hour. Vail is lovely in the summer.

It's divided into an Alpine Rock Garden, Mountain Meditation Garden, Mountain Perennial Garden, a Schoolhouse Garden and a Children's Garden. I'm a neophyte when it comes to alpine and mountain plants palette – so there was a lot to take in.

I'll post on the landscaping around Vail in another post. Vail is what happens when every square inch of a town is landscaped and the beuaty of plants are appreciated. 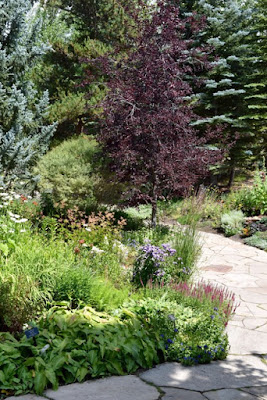 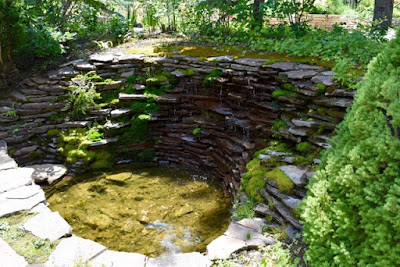 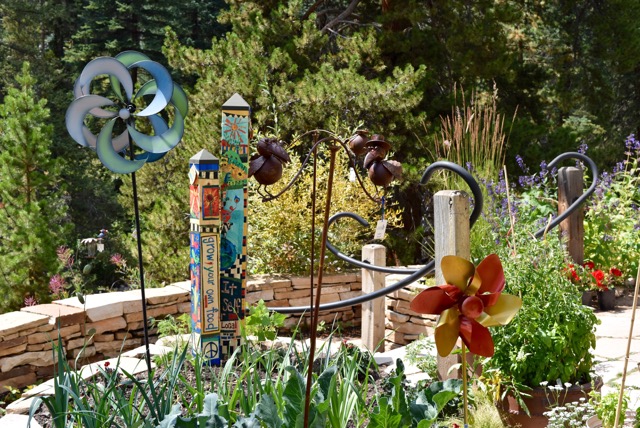 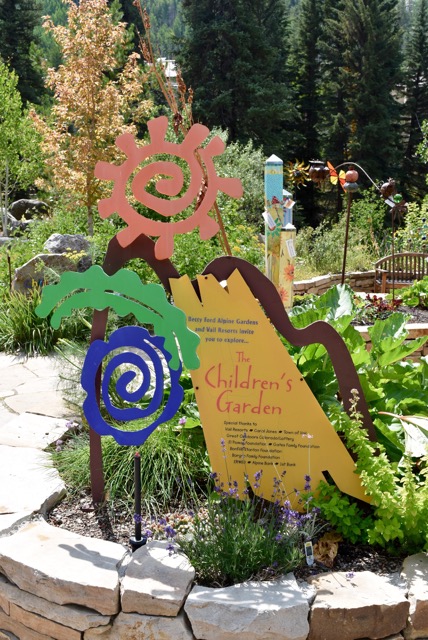 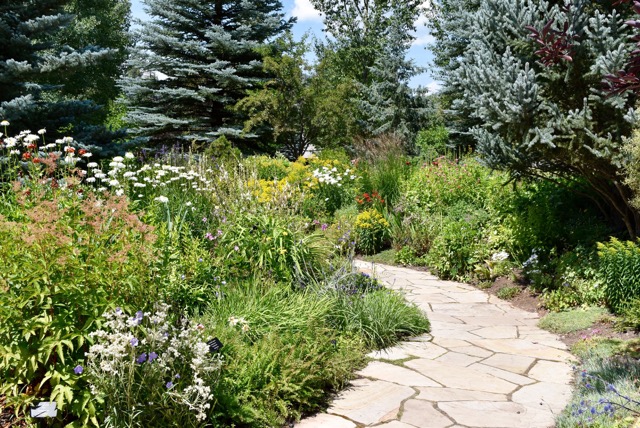 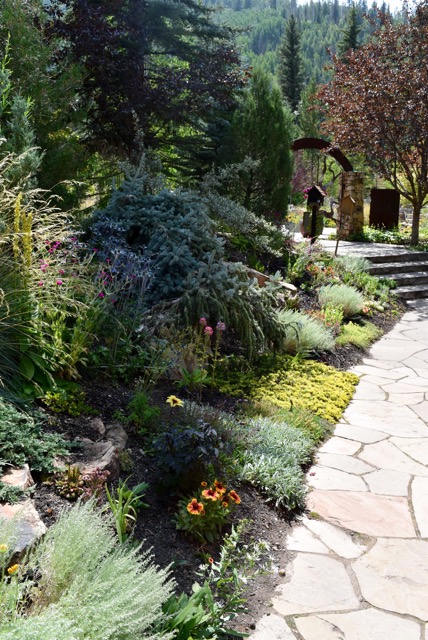 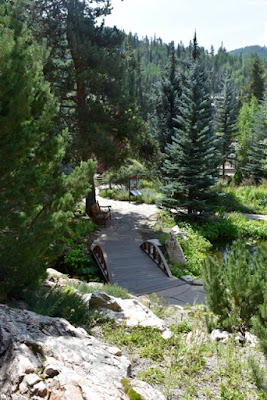 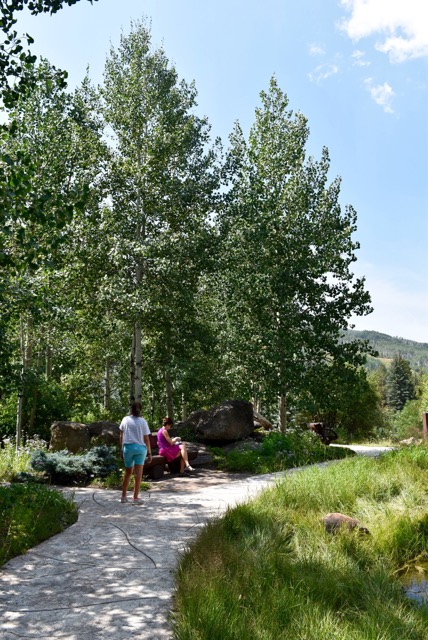 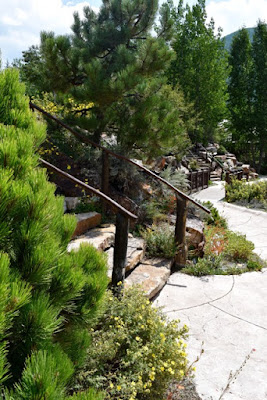 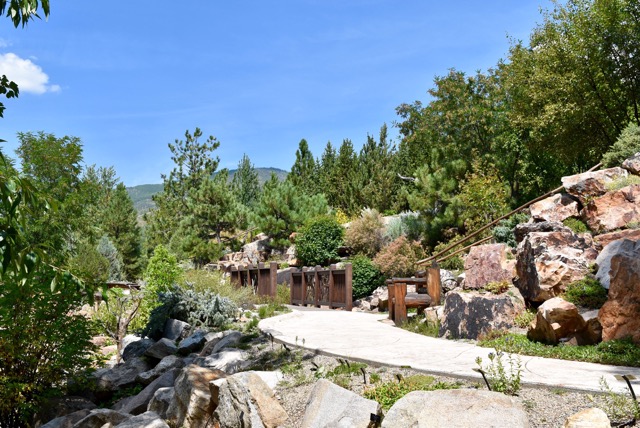 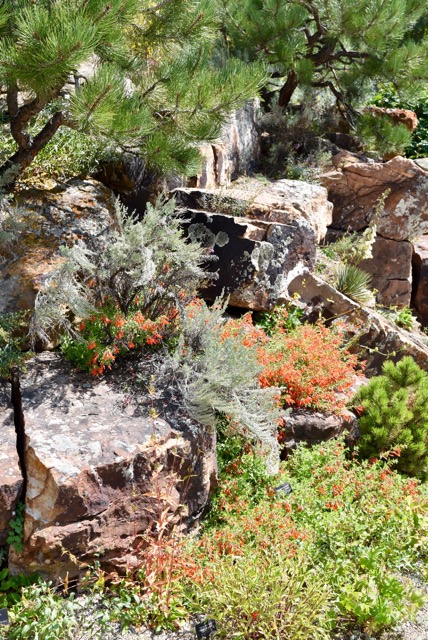 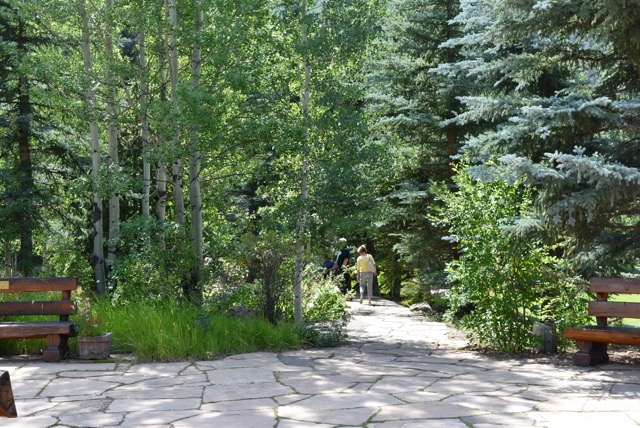