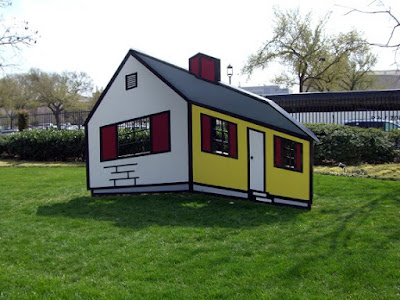 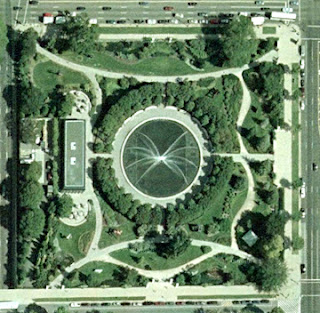 Since Washington's been in the news a little bit lately, it's as good a time as any to show off some of the garden sculptures we saw when we were visiting last spring. We're planning on another trip to Washington in April this year and will have more time to get out and about and see more than just the area around the Mall. Although you could spend a week there and not see everything.

Here's a quick romp through the 6.1-acre National Gallery of Art Sculpture Garden. It contains native American species of trees, flowering trees, shrubs, ground covers and perennials. It has a fountain, used for skating in winter, and walking and seating areas. Everything's free–except the cafe. 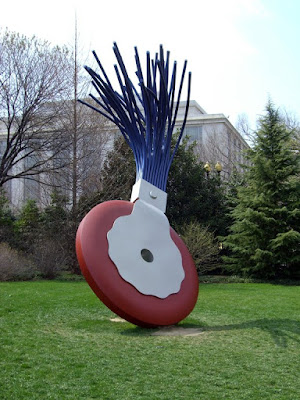 Would current school kids even have the faintest notion of what a typewriter eraser looks like? My daughter had no clue. I suppose if you're 35 or older you'd "get" it. 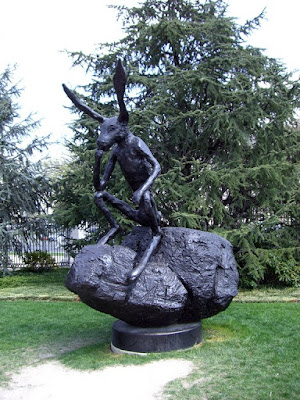 I'm trying to keep rabbits OUT of my garden. Beats a gnome though. 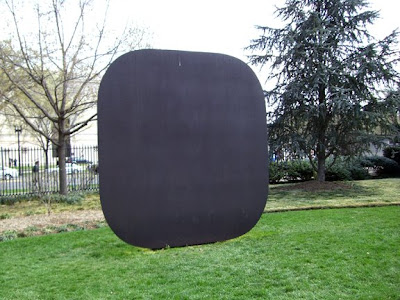 This is supposedly loosely based on a French kilometer marker. They have big kilometers over there. 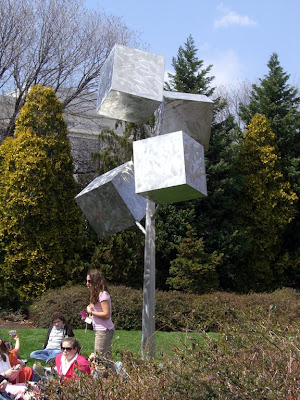 A cubist's tree? This is a kinetic sculpture. It moves. 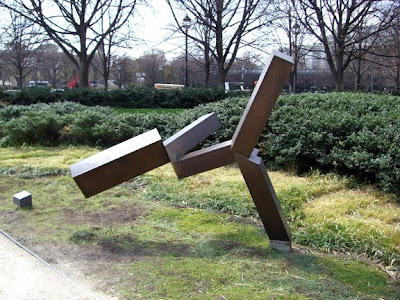 Sort of reminds me a a gardener, inelegantly, tripping over something, headfirst. 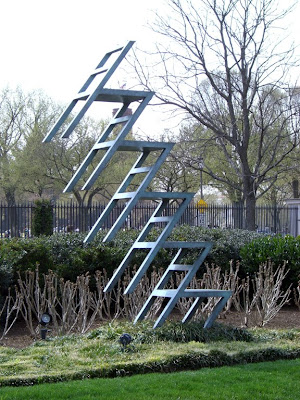 Depending on what angle these are viewed from, they look angled, leaning back or springing forward. Makes me think of what Escher's dining room chairs might look like. 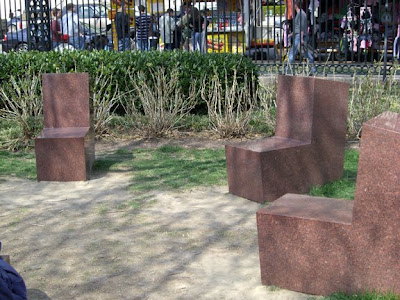 Something functional that could be put to good use in my own garden. Though I don't think I'd want to have to move them too often. 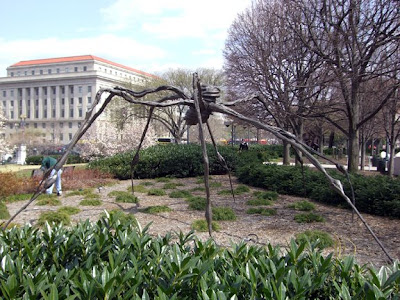 We have a sculpture park just south of Buffalo with dozens of outdoor sculptures that I'll get around to posting about at some point. There are many that remind me of this piece there. Might scare kids from coming into the garden. It's got that going for it anyway. 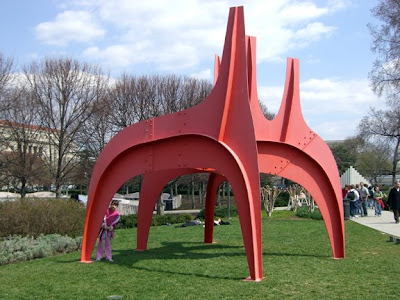 A bit over scale for most gardens I suppose, but none the less dramatic. 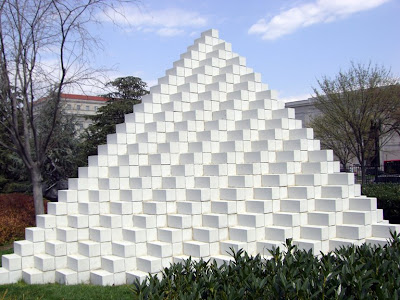 One of my favorites. Looks like an Op Art painting, tricking the eye. A few posts back, I had mentioned creating art from dry-stacking pavers & bricks. If you had a large enough brick budget, and the space to do it, you too could have this in your back yard. Though Sol LeWitt was aided by a team of engineers and stone masons. Maybe you shouldn't try this at home.