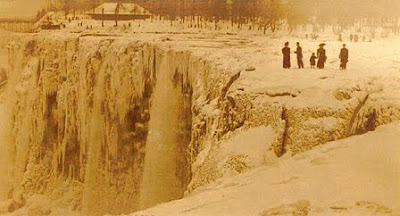 Increase your sknowledge. Impress your friends, amaze your families. Photo above is of a frozen Niagara Falls in 1911.
Years ago, as a direct mail promotion, I created a Snowflake Field Guide for the Buffalo Museum of Science. Each day this week, I'm posting some facts about flakes. It was originally intended for kids, but I didn't know much of this info when I started.
Labels: Buffalo Snow