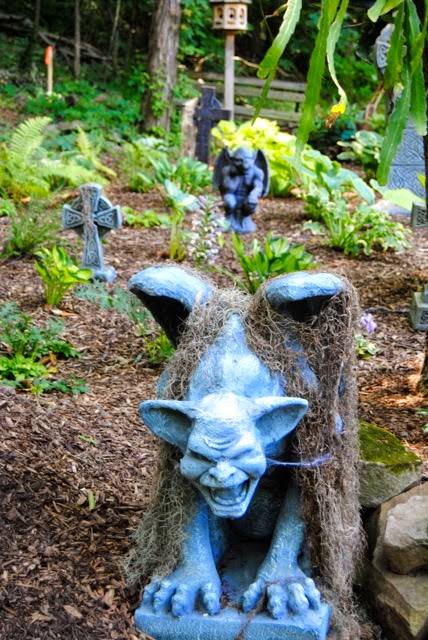 I saw this garden over the summer and have been waiting until today to post about it. It was a phenomenal garden (to me, anyway) in that it was so large that there were many areas of interest. 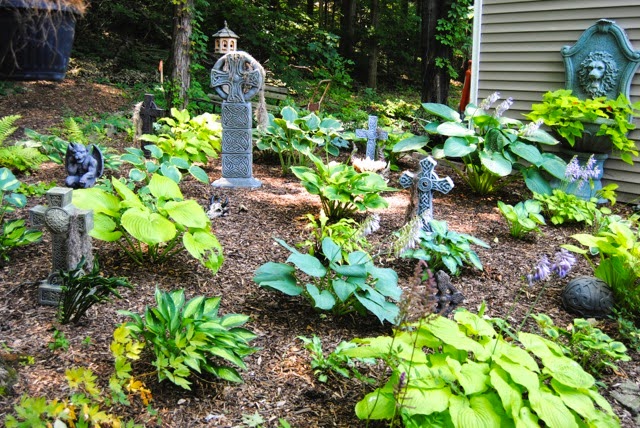 It had a verdant front garden putting other suburban foundation-hugging shrubs to shame; an envious back patio brimming with creative ideas; a comfortable, woodsy area (fire pit and a dozen or more Adirondack chairs); some super-creative oddball ideas that look like they came from a Pinterest post (moss covered picnic table anyone?); and some just whimsical ideas – like this semi-cemetery of crosses, gargoyles, and hostas.


I'm assuming the "Hosta graveyard" (of healthy hosta, I might add) is there for the entertainment and joy of grand kids. Or the gardener's got a morbid streak. Either is cool by me. I wouldn't necessarily do something like this in my garden – but I love an unexpected surprise, or three, in a garden. It could have been a totally manicured and curated garden – like the front of the house – but it would certainly not have been as much fun as finding a fire pit, cemetery, moss-covered table, and fairies locked up in little glass houses.

They also have a pond area surrounded by grasses and other native plants (not shown here really). It's designed to attract the birds and the bees. And it does. The birdsong in this backyard is near constant.

I found the garden near Lockport, in Niagara County, on the National Garden Festival's Open Gardens, where 90-plus gardens are open to the public on Thursdays and Fridays during the month of June each year.

View from the patio toward the back garden. I believe their pond is in the middle of all those grasses. 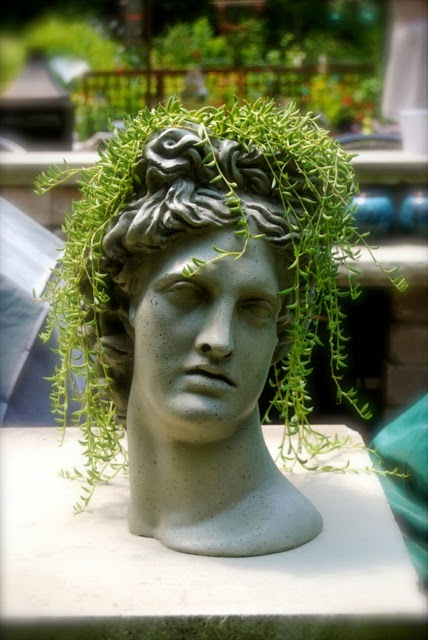 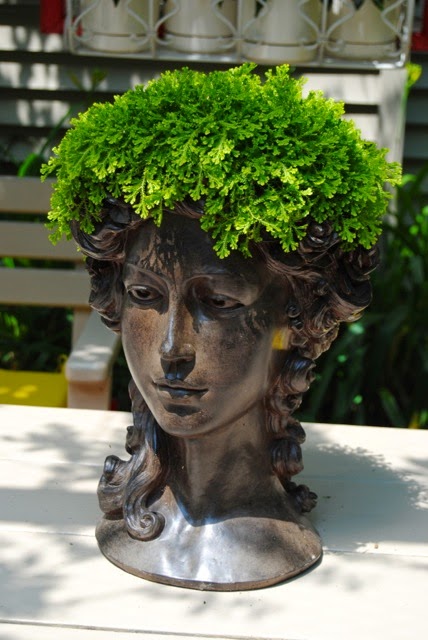