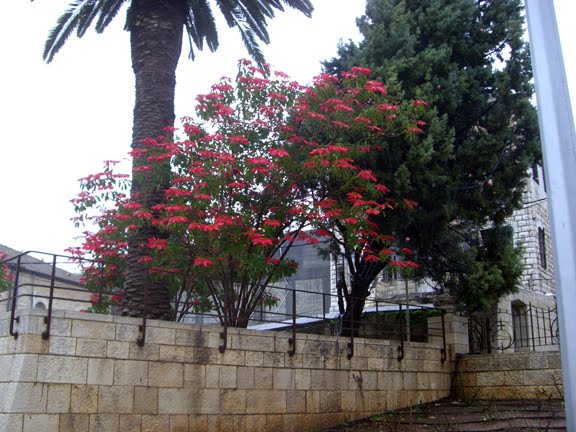 On a recent trip to Israel, we stopped in Nazareth for a quick visit to the Church of the Annunciation. Built over the childhood home of Mary, this is where Mary lived when the angel Gabriel told her she would give birth to to Jesus. 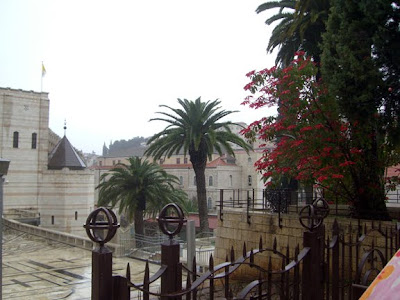 Palm trees & poinsettias
It's a modern church, having only been constructed in 1969. There
were previous churches here since about the fourth century. It's sort of a severe-looking structure in the heart of a busy and congested Nazareth. The most interesting aspect of the church (other than being built around Mary's home) are the Madonna & child artworks solicited from different countries around the world that hang around the interior and exterior of the church. We found a Taiwanese Mary, a Japanese Mary, a Chinese Mary, a Mexican Mary, a Slovenian and a Vietnamese Mary. Couldn't find a black Mary though. 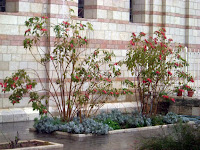 Curiously, there were blooming poinsettia trees around the property. I've seen massive poinsettia bushes in Hawaii and in Mexico, but hadn't ever assumed we'd see some in Israel. It just never occurred to me, so it was a surprise. 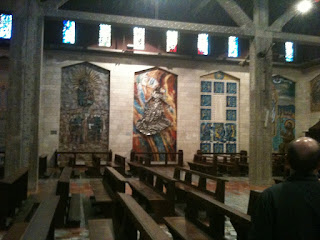 I found that often while touring Israel - it's not what you have envisioned in your head. It's safer than you think. It's more green than brown. The Mediterranean foods & restaurants are excellent. The fruits & vegetables are bigger and better there than anyplace I've ever seen -- strawberries are the size of your fist (and red all the way through) -- carrots are the size of cucumbers (and orange-er than ours are) -- banana tree fields go on and on forever. Israel is not what you think. 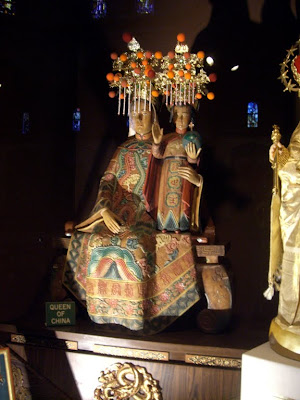 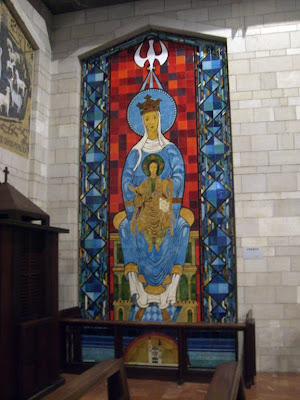 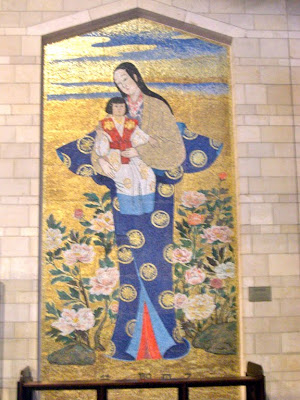 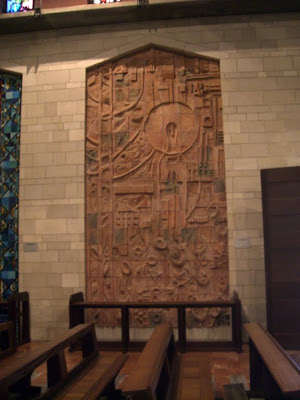 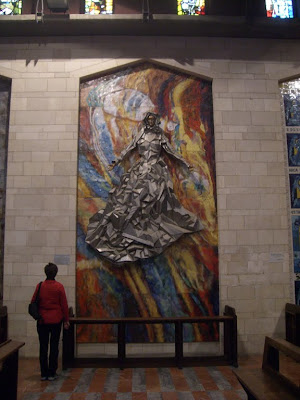 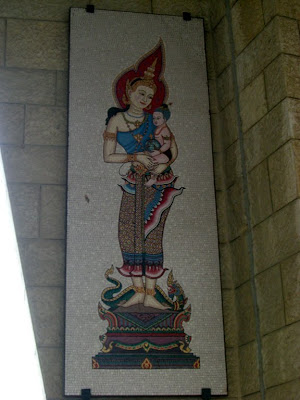