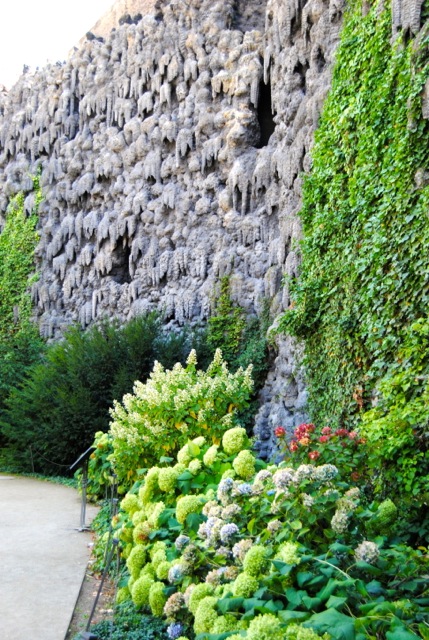 We ran across this spooky dripstone wall last week when visiting Prague in the Czech Republic. It was in the Wallenstein Palace Garden which did have many other more conventional sections, but this was the part of the garden worth writing home about. Or a blog post about.

Within the dripstone, once in a while, you could make out a scary face, animals, reptiles, secret passages, fake windows, faux caves, claws, allusions to corridors, and other spooky things. It is aptly named the Grotesquery.

We saw it first from the grounds of the Prague Palace, way far above the garden, and thought it was some sort of monument. It was created in the 1620s, by Italian garden designers. The background is a great texture contrast to the trees, shrubs and perennials planted in front of the wall.

I will not be adding a dripstone wall to my own garden (but would love to have a parliament of owls!), but liked this wall and would to have loved to have seen how they light it at night! 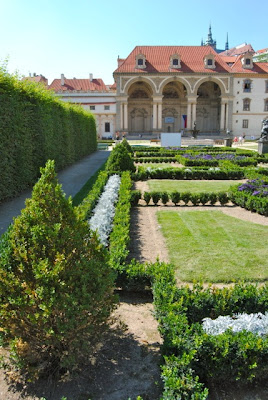