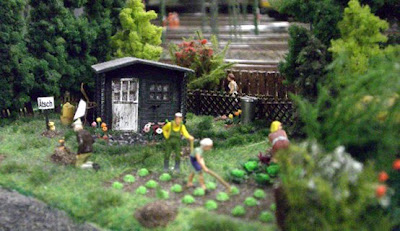 Last week we were in Hamburg, Germany. It was a quick trip. The highlight of the trip was the visit to the Miniatur Wunderland Hamburg. It is the world's largest model train exhibition. But trust me, the model trains are the least of the presentation.

There are more than two floors and about a dozen rooms of model train environments. The scenarios encompassed everything from a model of Hamburg, to Las Vegas, the Scandinavian coast, the Grand Canyon, Mt. Rushmore, the alps and more. Settings included cities, mountains, rural areas, underground facilities, waterways and more. Not only trains moved, but cars, cranes, planes, boats, trucks, hot air balloons, helicopters, cable cars and more. 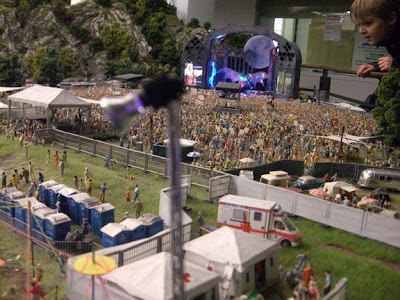 Concert during the day. Kool & the Gang was playing when we were there. That's NOT a giant in the upper right. Lines were short for these port-a-potties, lower left.

And that's in the daylight. Every once in a while, the overhead lights dim and the cities & towns light up. Las Vegas is impressive. Lights fill the soccer stadium & outdoor concert (and camera flashes in the crowd), they became fire in a warehouse building. The cars even had head lights, working turn signals & emergency vehicle revolving lights. Lights even worked on the pornographer's camera, subtly tucked into the roof of one building. 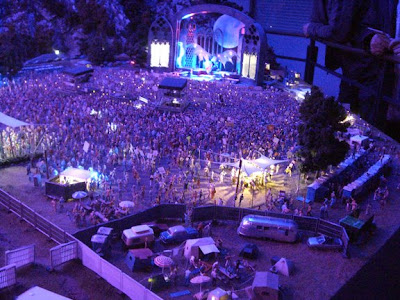 The concert at night.
Then, there's the people and situations. There are about 200,000 people inhabiting the exhibit. They are attending concerts, camping, working, TV crews construction, police, firemen, skinny dipping, mining, playing soccer, couples making out, a murder scene, visiting the zoo (it had dinosaurs!), and yes, gardening.

Below are some of the gardening scenarios. I think they were set up to represent gardening in different countries, in most of the gardens, there were flags from around the world. In some gardens, you can almost recognize the plants!

If you ever find yourself in Hamburg, this is a must see. Oh, they do have real gardens too, which I'll post about in the future. But it's February, and in the low 30s, and there wasn't much too much life-size green to photograph.

In upcoming posts, I'll show off some other larger miniature gardens, if that makes any sense. 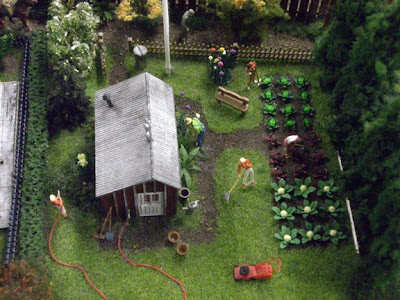 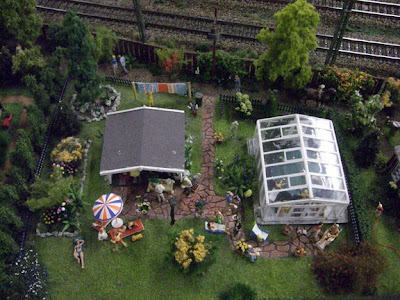 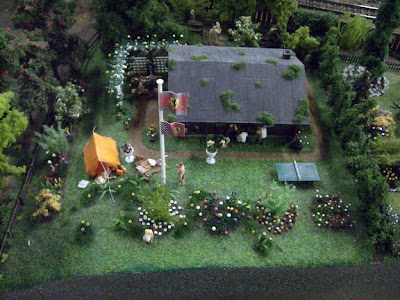 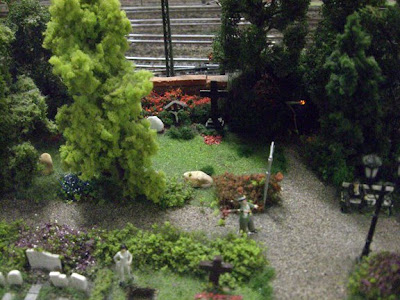 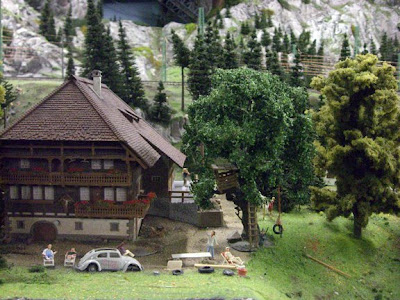 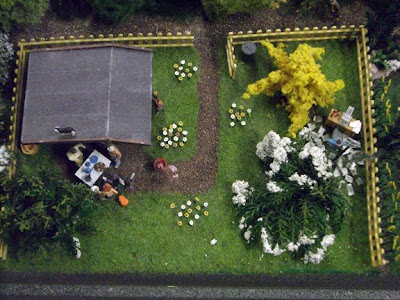 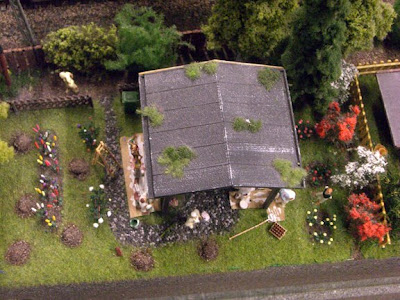 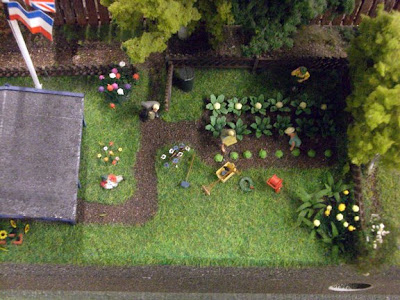 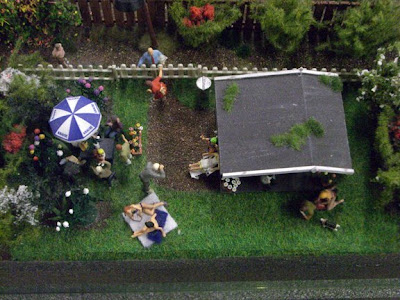 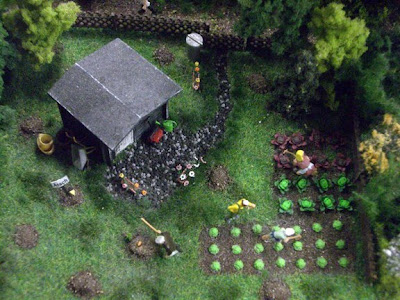 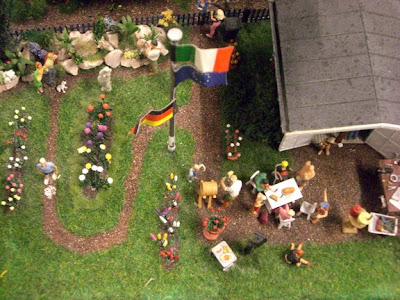 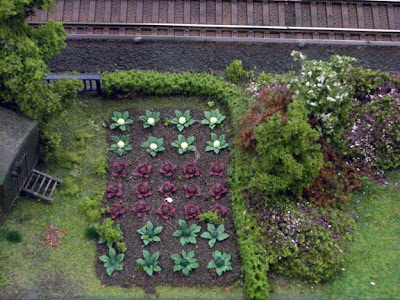 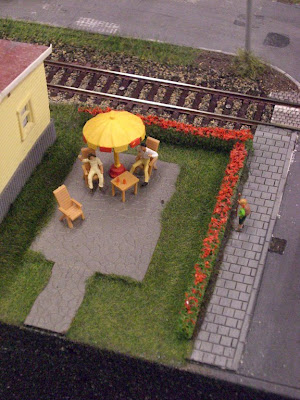