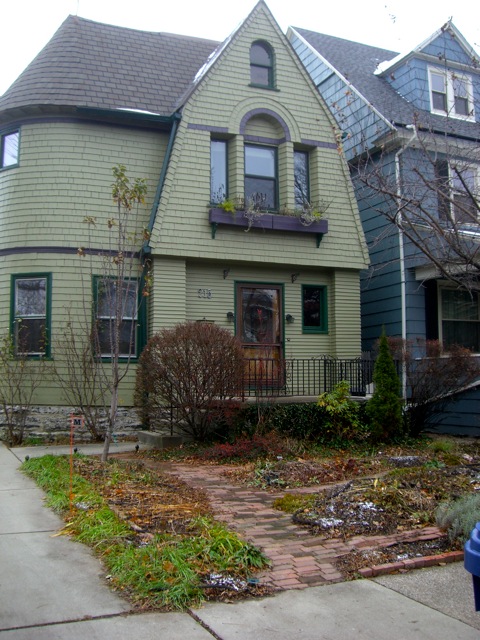 The 5:30 a.m. robo phone call says the Buffalo Public Schools are closed. TV says the New York State Thruway is closed in Western New York. Friends 20 minutes away claim 20 inches of snow. And here is my house, photographed this morning. When I say that the reports of Buffalo's snowstorms are greatly exaggerated, I'm not kidding. The snow that generally gets reported for Buffalo usually falls south of the city in the "snowbelt." Seriously, Syracuse and Binghamton usually get more snow than us. Even Washington D.C. had more snow than we did last year.

We do get a powerful lake-effect snow storm in the city every five to six years that can put you all to shame. When we do things here, we do them right.

I blame it all on my daughter. Last night she did the freezing pennies, sleeping with spoons under her pillow, flushed three ice cubes, wore her pajamas inside out and chanted, "Let it snow, let it snow, let it snow!" while spinning exactly three times before she went to bed. And this morning? She got a snow day AND no snow. She's a witch I tell you.
Labels: Buffalo