The oldest tree in Buffalo 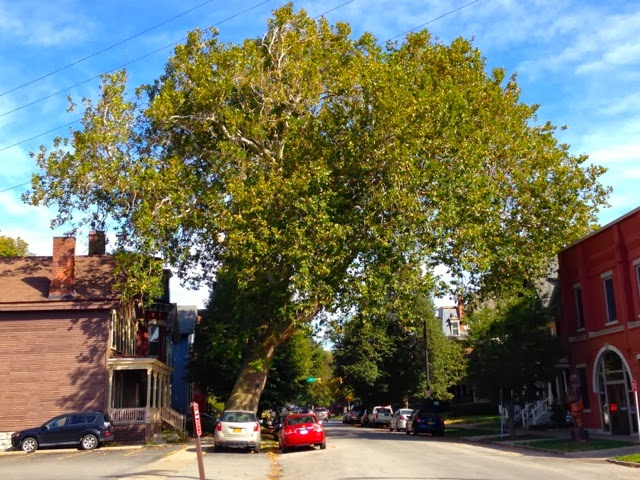 This tree at 400 Franklin Street in downtown Buffalo is considered to be the oldest tree in Buffalo. A plaque on the tree cites its age in 1960, as determined by a city forestry officer, as 250 years old at the time.

That makes it around 300 years old this year. That puts it as a sapling around or about the year 1713.

The first permanent settlement in Buffalo was in 1758, as a French provisioning farm for Fort Niagara, at a time when even Native Americans had only seasonal camps here, so the sycamore would already have 50 years old then. Most of Buffalo's streets were laid out in 1804. (Until 1826, Franklin Street was called Tuscarora Street.) So the city was literally built around it.

The Sycamore tree is (roughly) 65 feet tall, with a girth of 12 feet. It is growing at nearly a 45º angle so it stretches across Franklin Street.

The tree is located in the Allentown Historic Preservation District of Buffalo. The neighborhood was designated a local preservation district in 1978 and listed on the National Registry of Historic Places in 1980, Allentown is one of the first and largest residential historic districts in the United States.

This tree has seen the Revolutionary and Civil Wars. The tree survived the burning of Buffalo in the War of 1812. Theodore Roosevelt was inaugurated in a mansion only a few blocks from here, after President McKinley died in a mansion about a mile away from the tree. Mark Twain (Samuel Clemens) lived only a couple blocks from here. Millard Filmore and Grover Cleveland surely passed under this tree. The Goo Goo Dolls' recording studio is nearly within earshot of here. So is Ani DiFranco's.


And, to make even more historically significant, the city lists the plaque on the tree as the city's oldest tree plaque.

Does your city or town know and recognize its oldest tree? 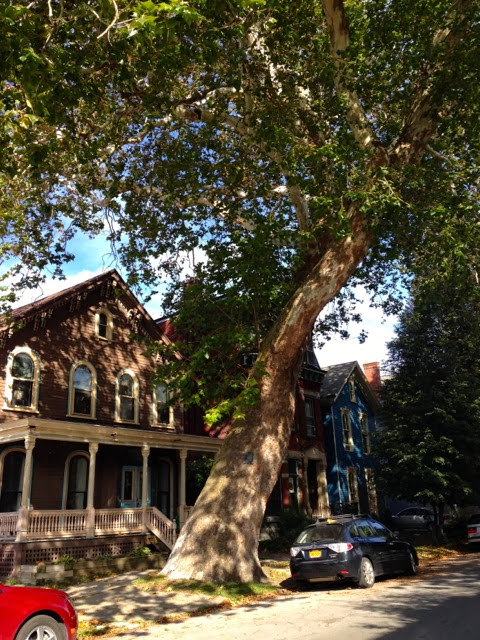