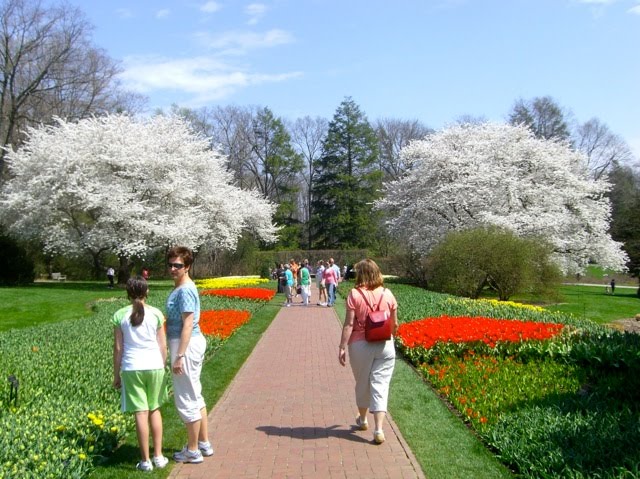 For spring break this year we went to Philadelphia, but not before stopping at Longwood Gardens. A trip last May to Pittsburgh, we stopped in to see Phipps Conservancy. I'll post on Longwood today, and Phipps later in the week. It's Pennsylvania week here at Art of Gardening! 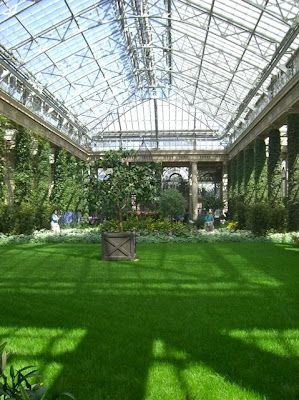 Having to mow the grass, indoors, would kill me.
Longwood Gardens is the home & 1,050 acres of gardens, woodlands & meadows of Pierre S. du Pont, founder & CEO of DuPont and CEO of General Motors in the early 1900s. It's good to be king. He bought the place, ostensibly, to save an arboretum, and ended up creating European-style gardens with over-the-top synchronized fountains, topiary gardens, a theater, follies and pools. The 1921 glass Conservatory is undoubtedly the best I've ever seen -- complete with ballroom, one of the world's largest pipe organs and a kids area that is part garden, and part splash park. I think the hair dryers in the bathrooms get a lot of use here.

We were there too early in the spring to see much other than the flowering trees and a few early blooming tulips. But life never stops in the Conservancy. It was so immense that it had a crazy variety of plant collections from a Palm House, a Silver Garden (of gray & silver foliage plants),  an Acacia Passage, Orchid House, Tropical Terrace, a Cascade Garden, Fruit House, Bonsai display, Mediterranean Garden, Waterlily Display, Orangery, Camellia House in addition to the ballroom, Children's Garden and pipe organ. 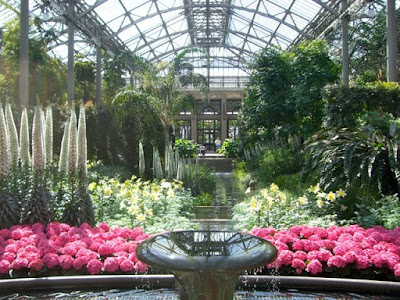 My daughter liked the Children's Garden best. She's an awkward almost-12-year-old -- a tween that is still delighted by playing with dolls and splashing in water, while at the same time ready to babysit (she says). The kids area had fountains, flower-shaped water jets, rain curtains, sculptures, secret rooms, a grotto cave, a bamboo maze, a central tower & spiral staircase and the most scared looking-plants I've ever seen. Okay, maybe they weren't scared, but I'm sure they share a sigh of relief at the end of the day when the kids have gone. 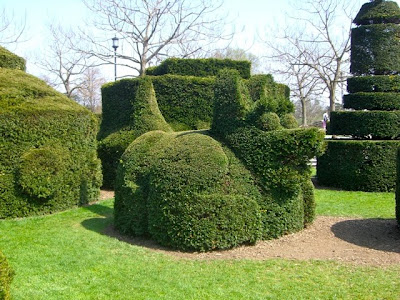 There was sort of a scary-looking topiary garden. 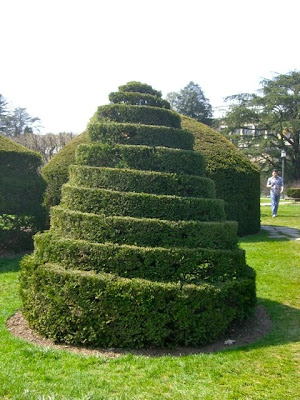 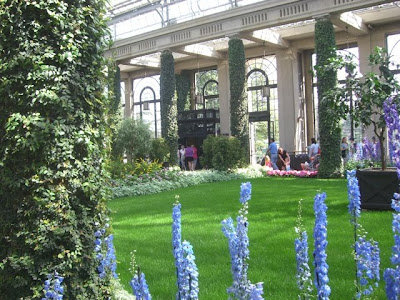 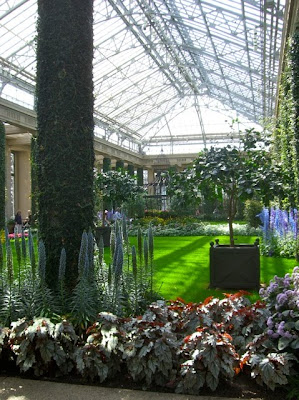 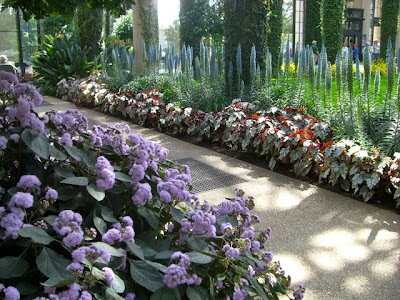 The rooms in the Conservancy were grand. That's the only word to describe them. 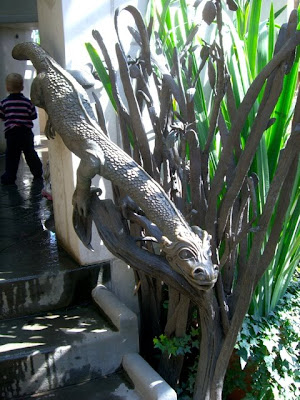 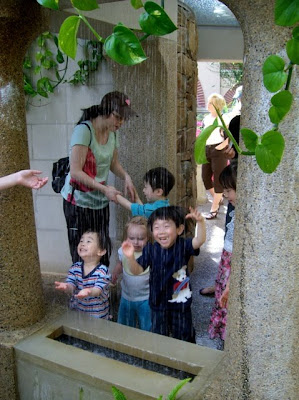 Kids garden would be better if there were no kids there. I want a rain curtain to play in. 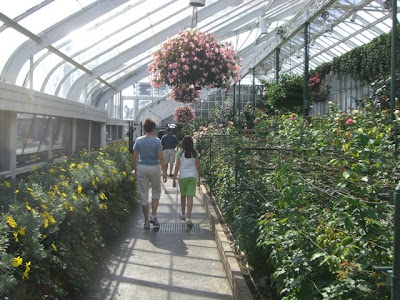 The Rose Room. Finally - happy roses. Give them their own room where they can hang out with only others like them (separate from other, lesser, riff-raff), able to think their own thoughts without all that annoying weather and fungal diseases to have to consider. Damn prima donnas. 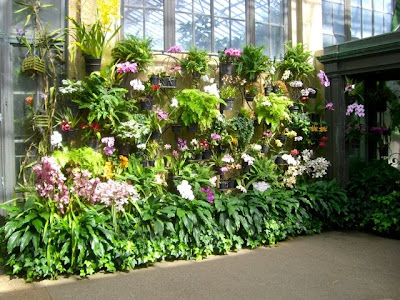 One-quarter of the Orchid Room walls. 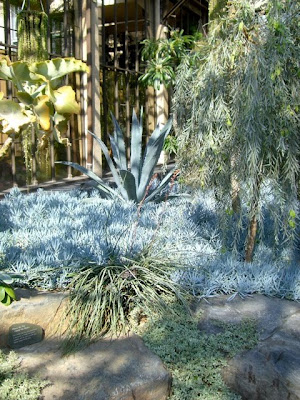 I'd never seen a Silver Room before. Being of the "silver-haired" persuasion myself, I appreciate the celebration of the gray-, platinum- & silver-hued. 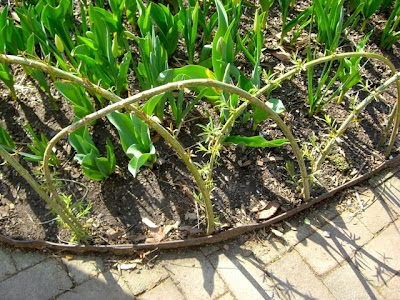 Another aspect of the grounds I thought was exlemplory, was the Idea Garden which incorporated ideas you can actually use in your own garden. Here was a small, hooped, living fence surrounding a tulip bed. Never caught what plant this was though. Any ideas? 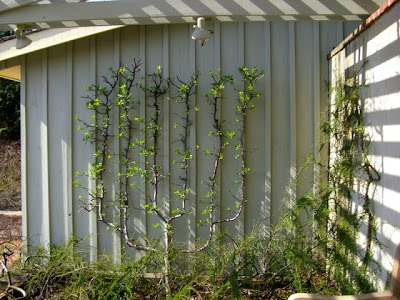 Another practical aspect of the Idea Garden was a mock-up of an actual city, or small suburban garden-scaled, exhibition with many ideas that can be used in a home garden - espaliers, raised-beds, arbors, climbing vines, veggie gardens, grass alternatives, and so on.
Labels: Botanical Garden espalier Famous People's Gardens Pennsylvania travel visit