A Disney-esque re-use pallet fence in the Bahamas 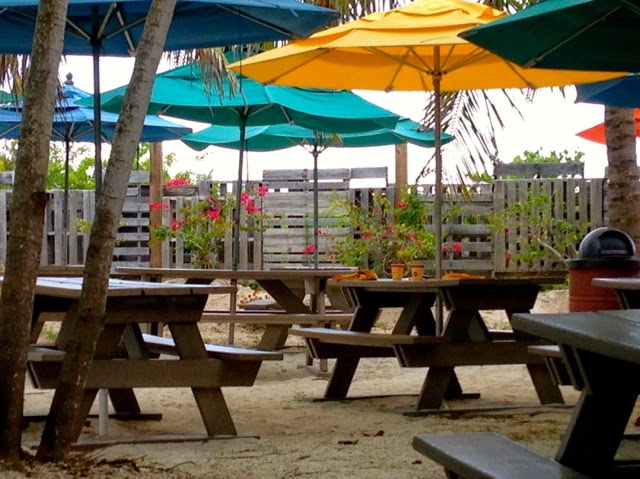 Two weeks ago we were in the Caribbean on a cruise, contemplating our long cold winter. I'll admit it, it was a Disney cruise. Not our typical vacation, but the price was right (sometimes airline employees get incredible discounts on unbooked rooms right before cruise ship departures). We were a bit apprehensive. We're not big on kids (other than our own), but Disney does everything first class. They even had an adults-only pool area, restaurants, bars, and entertainment, so it was not all kids all the time.

They also had, on Castaway Cay, their private island in the Bahamas, an adults-only beach. While my wife was running a 5k race on the island with 70 other people–in the heat, humidity, and sun–I got to the private beach and had it, and 400 beach chairs, completely to myself for about 45 minutes. It may have been the highlight of the trip. That, and watching Disney employees kick kids out of the ship's adults-only pool.

The adults-only beach had an outdoor restaurant with a seating area surrounded by this great re-use of wooden pallets as a fence. It did lend itself the "castaway" effect of making use of found materials throughout the island.

Other "found" and re-purposed items included large diving bells made into Disney characters (naturally), airplanes hidden in the brush with Disney illustrations on their fuselages (the island has an old large, mostly-unused runway, that is basically the "main road" of the island), benches made of driftwood, directional signage of wood scraps, and plenty more. It was the antithesis to the "manufactured" entertainment onboard during the week. 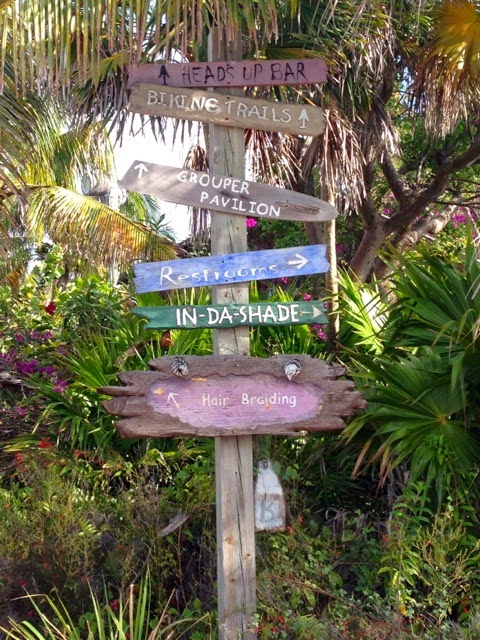