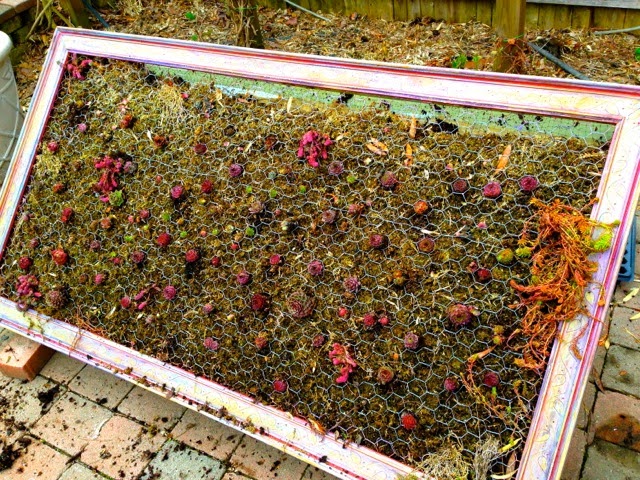 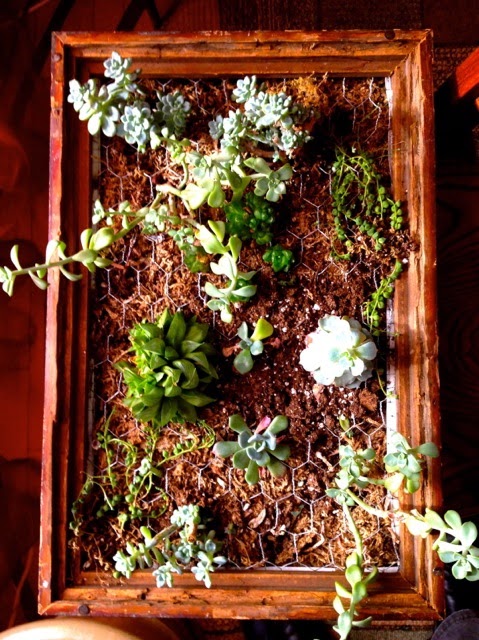 Both the indoor and outdoor succulent frames are doing well. Some of the outdoor succulents didn't make it through the winter, but most did. I may order a few more or pick some up during my nursery visits this spring. The outdoor one is a beast. at five feet wide, it's heavy. Right now, with the rain we had last week, it's wetter than the succulents would like. I've moved it to a place where it'll get less rain, and anfgled it more upright so it waon;t catch asm many raindrops when it does rain. I may even cover it. I need it to dry out - both for hte plants, but also so it's lighter for when I need to attach it to the house.

The indoor succulent frame, seen here in the left, made from a wooden box and some old molding I had around the house is doing well too. They're getting tall though. I don't necessarily want tall. I'm going to start to angle it, as by the end of May, I want to be able to hang it on the outside of the house or a fence by the end of may.

Back in January, Buffalo News garden columnist Sally Cunningham mentioned in her column that I was making a succulent wall hanging – and used a couple photos. I actually had people ask me how it was coming along. If it fails, at least all the world will know. Just hoping she doesn't want to do a follow-up! 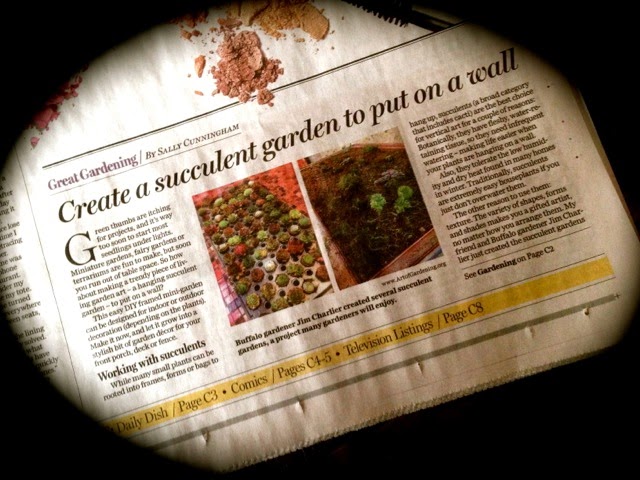