The Continental accident in Buffalo hit close to home 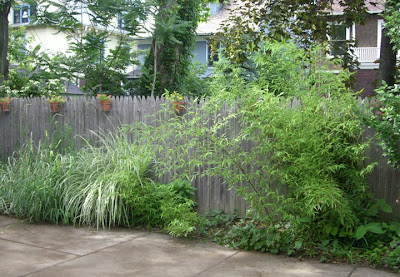 No, it didn't hit near my home. It hit a home about 20 miles from my house.

It hit home though, because my wife works for Continental. She was home and in bed when the phone calls started that morning - other Continental commuters calling around to make sure no one we knew was on the plane. Continental had blocked all access to information on the flight on the employee's intranet.

After plenty of calls and many hours, to the best of our knowledge, no one we knew was on the plane. Which was amazing, as it was one of the last flights of the day from Newark, and a popular flight for the two dozen or so Continental employees that live here and work in Newark.

She would not have known the crew on the plane. It's actually a subcontracted airline (Colgan Air) and she would never have had the occasion to work with any of their crew. Though she might have known, at least the flight attendants, as a nodding acquaintances.

It doesn't lessen the loss of the lives lost–49 on the plane (50, counting the passenger that was pregnant) and one person in the home that was hit.

It hit home because that's my back yard in the photo above. See that blue house beyond my fence? That belonged to Alison Des Forges, a prominent human rights activist and world-renowned expert on genocide and abuses in Rwanda. She was coming back from London, where she participated in a public debate with a member of British Parliament. She was on the plane. I never met her. I never saw her puttering around her yard. But now I miss her.

So it does hit close to home in many ways.

Buffalo's been in mourning since the accident. News coverage, while very well done, has been ever-present and depressing. This is a community of two-degrees-of-separation. Nearly everyone knows someone that was on the plane or knows their family & friends, or knows someone that lives in the effected community where the plane went down.

Now that I've shared this with you, you have a three-degrees-of separation to this tragic event. Try and meet your neighbors. You never know what you may be missing.
Labels: back yard