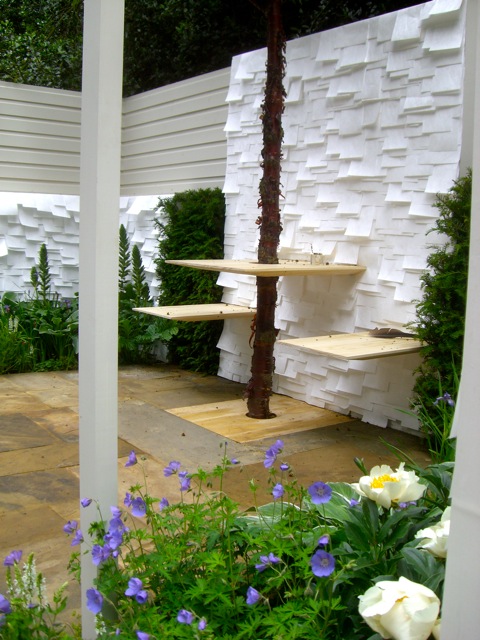 Here is yet another Chelsea garden, this one the Basildon Bond Centenary Garden, commissioned for the 100th anniversary celebration of Basildon Bond, a well-known stationery products supplier in Britain. The theme is letter writing -- with table chair, inky-blue-colored iris and other flowers, seen against a crisp bright white backdrop. 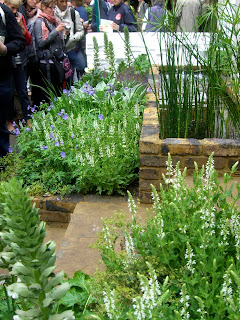 The all-weather paper wall also contrasts the Paperbark Maple (Acer griseum) growing through the table with its paper-thin peeling orange-red bark. Not being familiar with Basildon Bond, it did not occur to me that the theme was writing paper until I saw it in the program.

The white wall was too stark for my tateses, but I like the texture of it. Even faint breezes made the papers lightly rustle. I think it was made of the same material of which FedEx envelopes are made. This is one garden where I might have added some typography. I'm sure it was their conscience decision not to.

This was one of the seven "Artisan Gardens" at Chelsea, built in the park beside the football (soccer) field where the larger displays were. The crowds were most dense here, more dense than anywhere else during the show, because the pathways were narrow. You could easily get a good view of these gardens if you were patient and forgave other human beings for their ruthless pushing and shoving.

And is that papyrus I see? 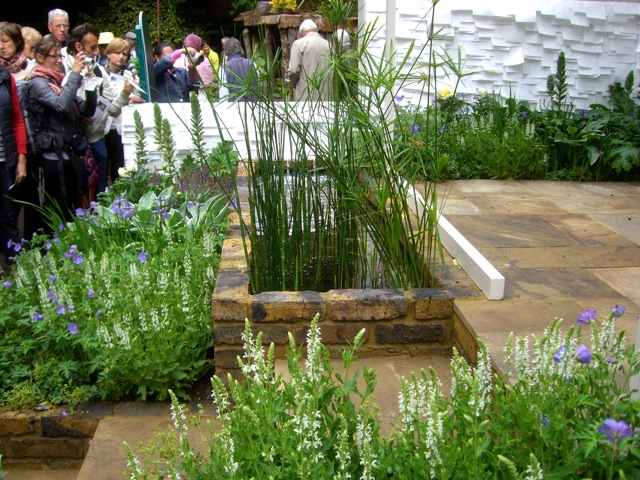 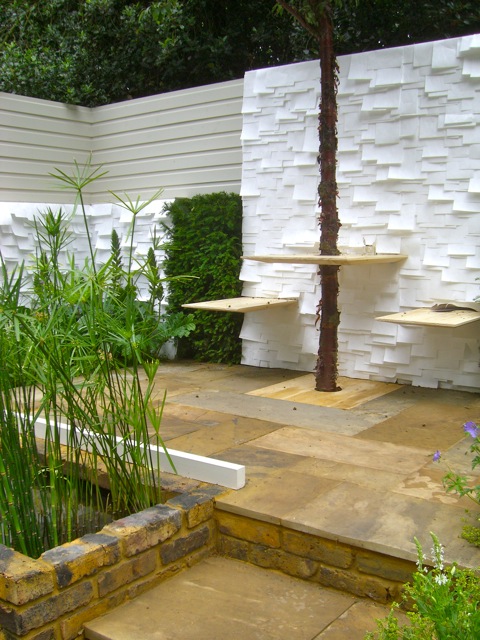 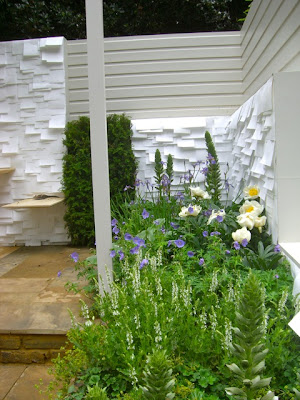