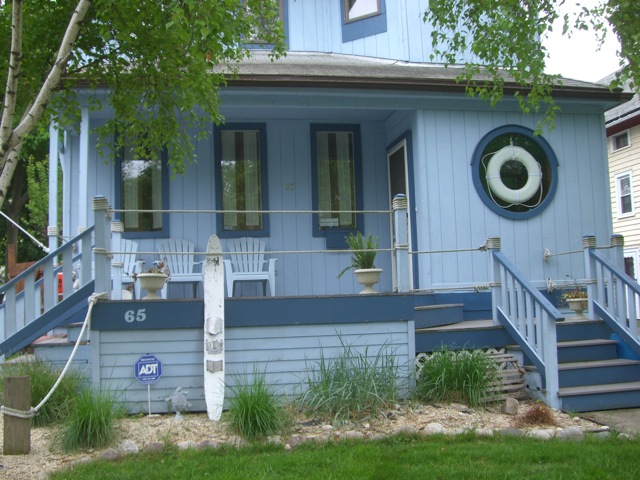 I've held onto these photos for the longest time, just waiting for the right cold & snowy winter week to share them. This is a house on the Parkside Garden Tour here in Buffalo, held the last Sunday of June each year. It's probably the best example I've ever seen of a residential garden with a theme that is executed to the last detail.
This is not a cozy beach house near the shore. It couldn't be farther from it. It's in an established neighborhood of grand Victorians, Craftsman-style bungalows, big doubles -- and is no where near a beach. It's actually closer to our zoo and Frank Lloyd Wright's Darwin Martin House. The neighborhood was laid out by Frederic Law Olmsted.
They've done a great job of using the vernacular (there's a word I don't get to use often) of the ocean & beaches -- the life preserver, oars, ropes, deck chairs, lobster trap, sand and even an anchor. The nautical scene feels as much like a Disney-designed theme garden (minus crashing wave sounds, a splashing salty waterfall, bubble-maker and a little mermaid or clown fish). It's even got beachy grasses popping out of the sand & shells, surrounding a beached birch. I like how the house is moored to the large pylon so it doesn't drift away.
I have little themed "areas" in my garden, mostly defined by the plantings in them (grasslands, potager vegetable garden, rock garden, etc.). They're more themed in my head than even would be apparent to most. I admire this gardeners' guts to go all the way. 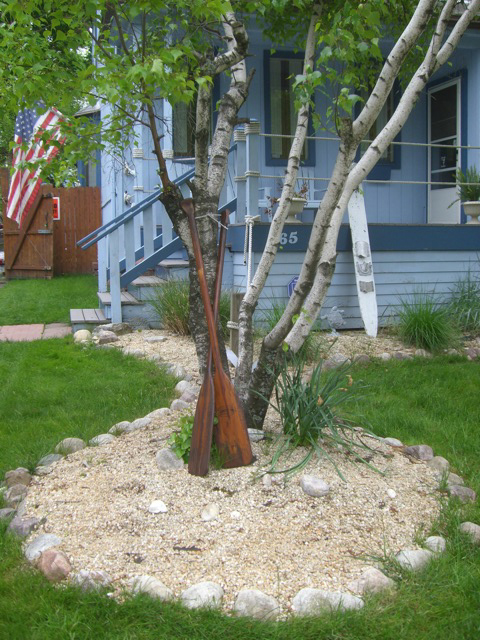 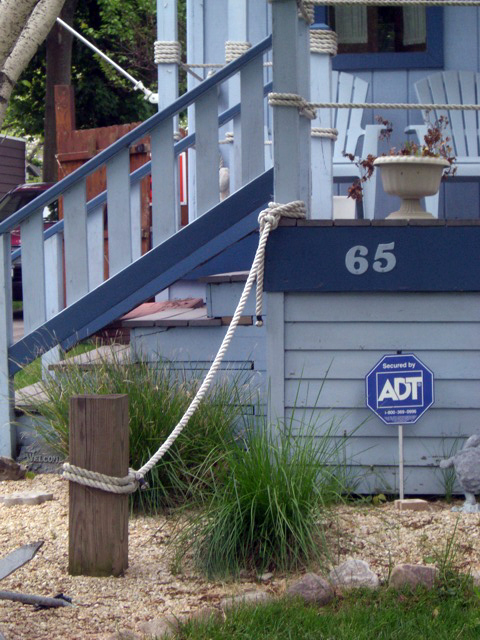 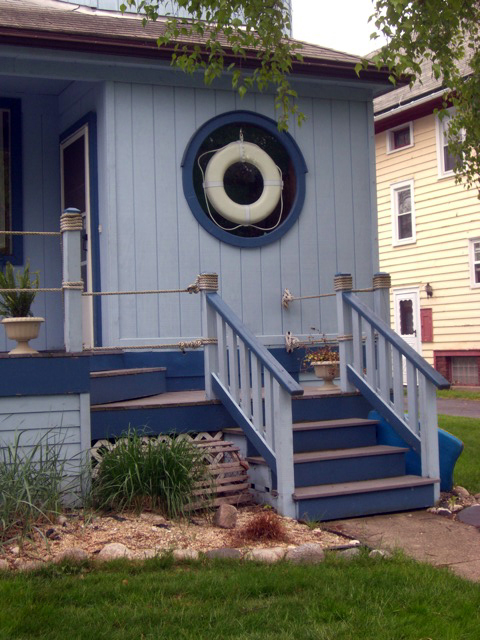 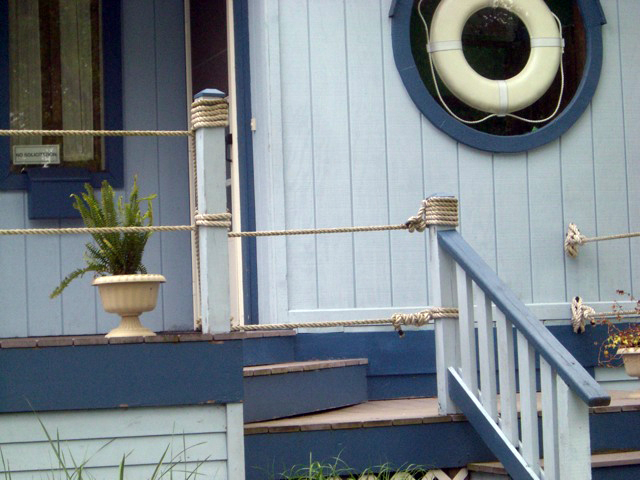 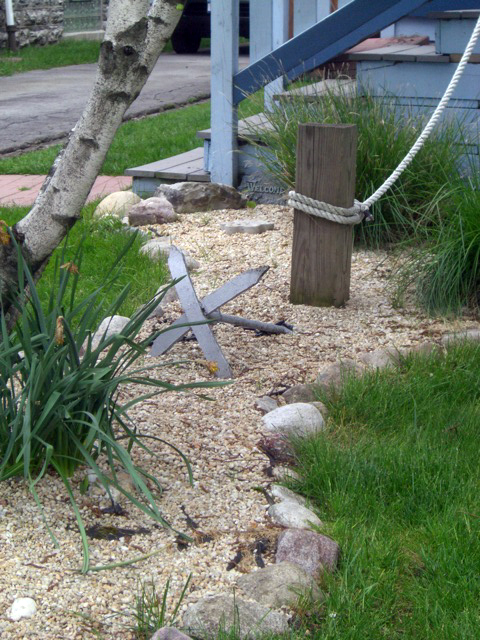 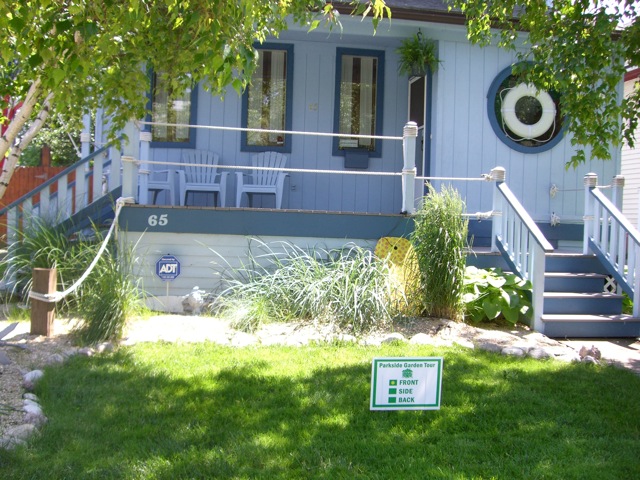 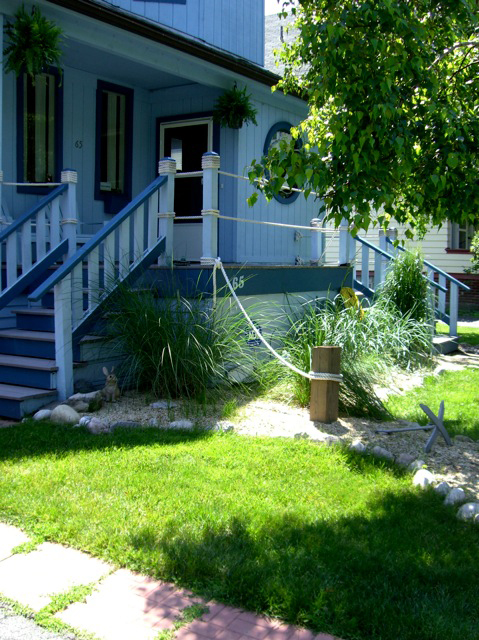 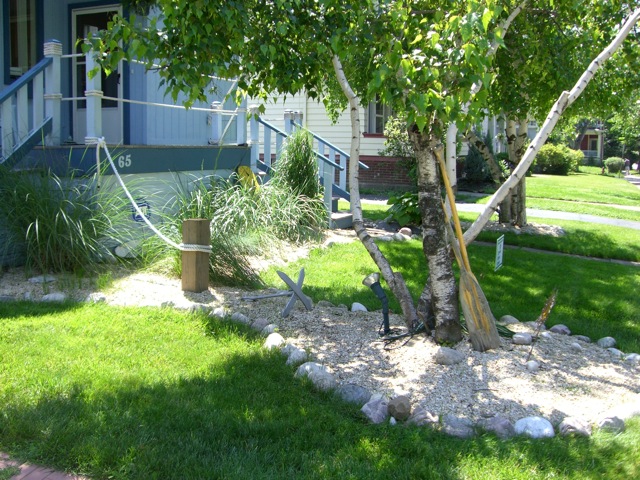