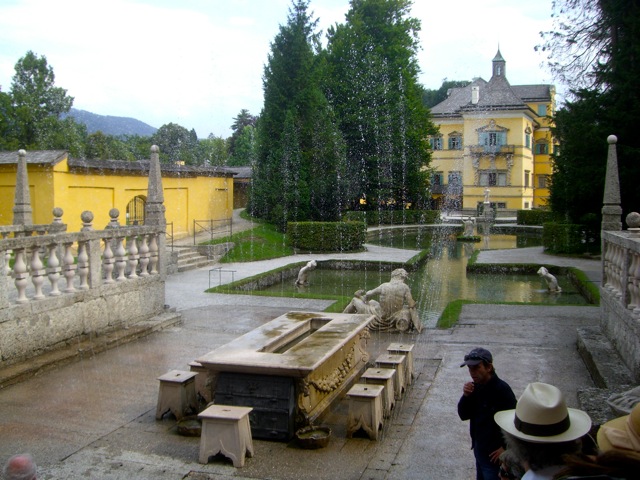 Hellbrunn Summer Palace in Salzburg Austria, is about as far from hell as you can get, and like no other garden you can visit. It was finished around 1620 as a "pleasure" palace for weekend visits for prince/Archbishop of Salzburg, Markus Sittikus (good job titles if you can get them). Sittikus was finished himself in 1619 and died. The palace itself and grounds were designed by Santino Solari, including, it's thought, many of the sculptures.

The gardens are typical parterre gardens of the time, but the fountains and waterworks were far ahead of their time -- and still work 400 years later. There are water "automats," grottoes of birdsongs and floating crowns, trick fountains galore and a mechanical theater with hundreds of moving parts -- everything powered by water -- even the birdsongs. They're fantastic feats of engineering.

This was our second trip here. We visited back in the early '90s when we were last in Austria, but thought our daughter would get a kick out of it. She probably would have enjoyed it more had we not dragged her around all morning visiting the salt mines around Salzburg and Hitler's Eagle's nest, which I posted about previously (she's afraid of heights so that exhausted her!).

If you're ever in Salzburg, it's just a few minute drive from downtown and worth the trip. The inside of the palace is a gallery/museum of works original to the house, with some spectacular muraled walls and sculptures. 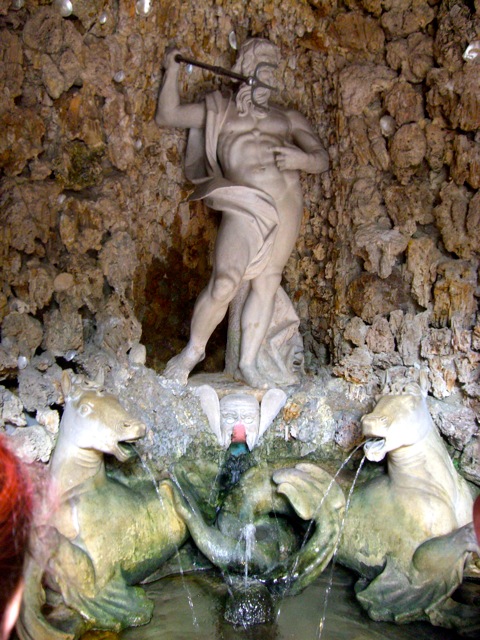 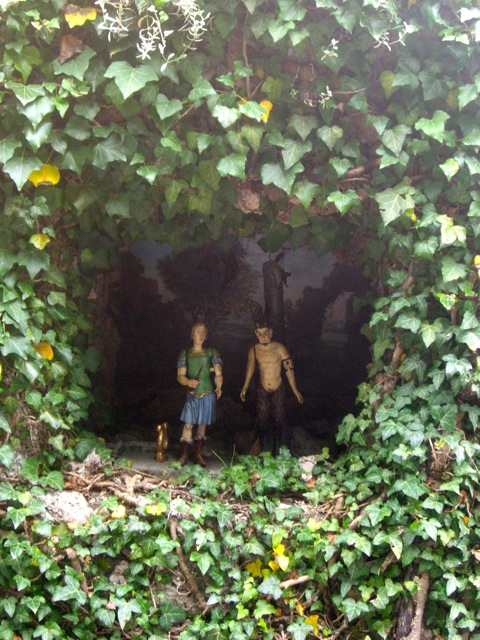 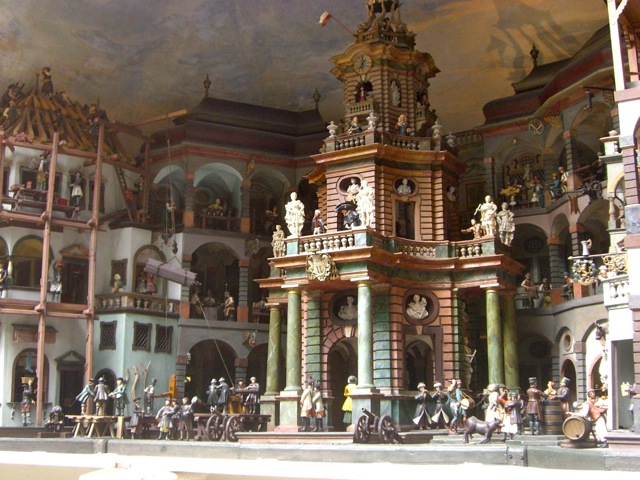 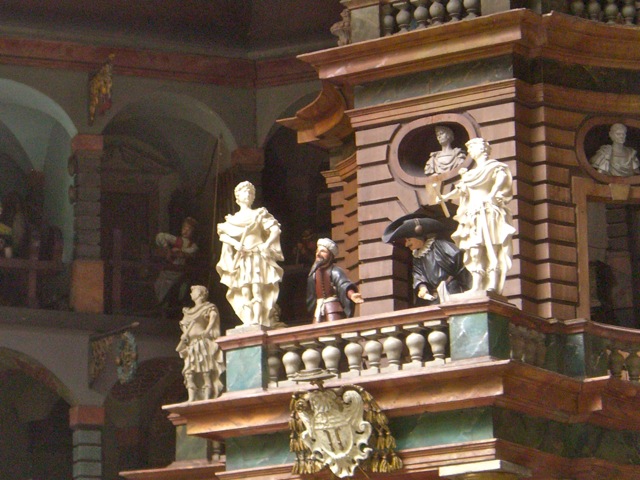 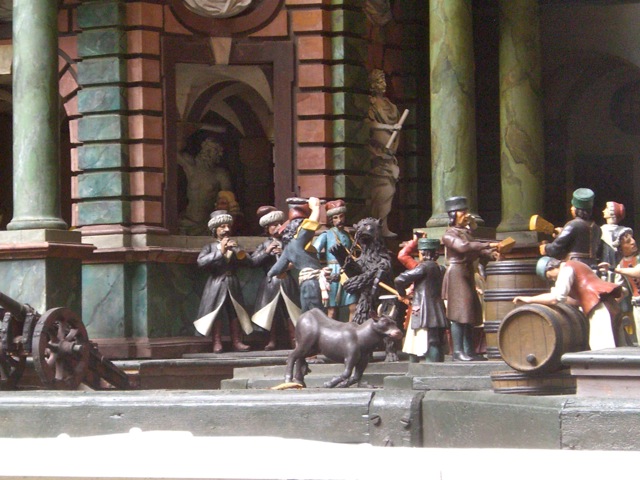