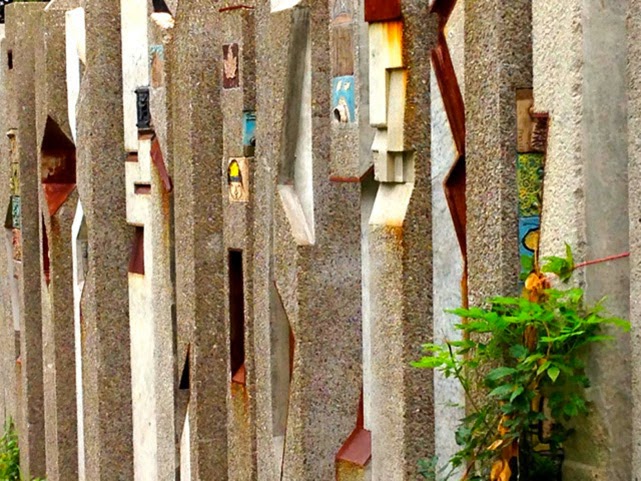 It stands in the 18th Street Community Park, at the corner of 18th Street and Rhode Island Street, whose care is semi-neglected by the city. It separates the park from Urban Roots Community Garden Center, one of the first co-operative garden centers in the country. Years ago, when my daughter was young, Urban Roots had a kids activity making tiles for the fence. I've since forgotten which tile she made, but all the tiles made by the kids were incorporated into the unique fence. I bet she'll remember. 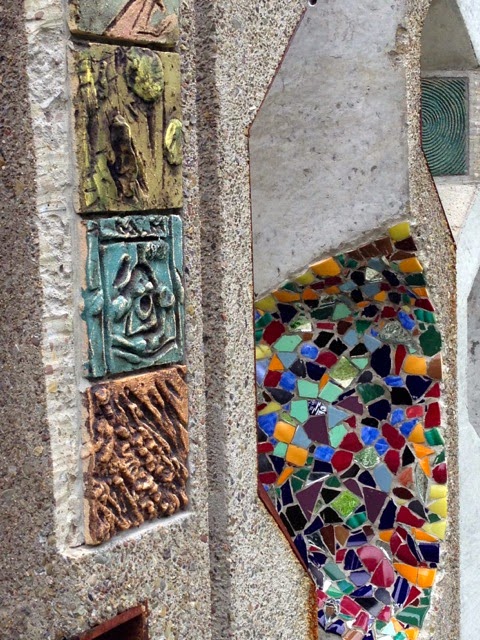 It was conceived and built by UB’s School of Architecture and Planning, under the direction of Brad Wales (architect, educator, set designer, landscape designer, writer, media artist, and photographer). The gate is made of spaced concrete vertical slats that are mirrored on the ground and also has designed sculptural seating of the same materials. The concrete is hand-hammered, each slat a unique object that works as a transparent divider between Urban Roots and the park. Even though the materials used are steel, concrete, metal and tiles, it has an airy look and feel to it. It took about four years and 150 students to accomplish.

It reminds me of an urban take-off of a Louise Nevelson sculpture. No surprise that designer Brad Wales is a fan of architect Antoni Gaudi, who imbued even his most simple and mundane projects with creativity (and also tiles!).

The 91 concrete “totems,” each unique, feature the inlaid ceramic tiles, created in conjunction with ceramic artist Nancy Gabriel. Each totem was individually designed, some with "cutouts," metal work, and mosaic tile work –  and all "curated" as a whole for the final composition. There are two gates that allow access into Urban Roots, but they are always closed and locked. The project received support from Great Lakes Concrete and Alp Steel. 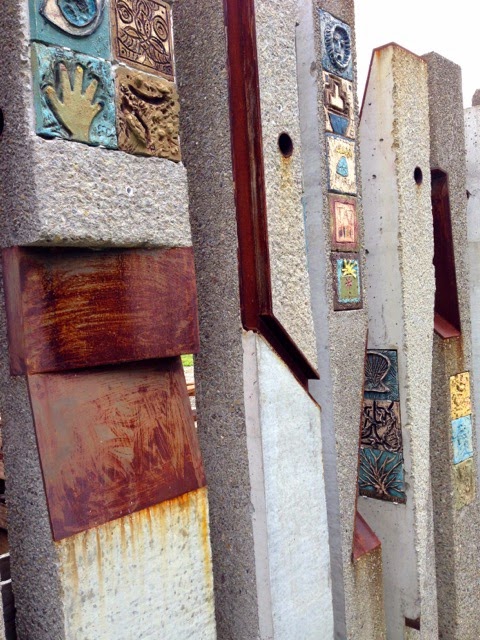 It's really a lovely piece of urban art. I wish the city would take better care of the park. I can see Urban Roots making more use of the park, but I don't think they have the staff and wherewithal to take responsibility for its upkeep and maintenance.

This whole area is being slowly transformed – with Urban Roots, Five Points Bakery, the Left Bank and Providence Social restaurants, a rumored potential coffee shop, and more. Perhaps, in due time, the fence will get its due. It really is a piece that would be a great addition to any art museum collection, and one we should be proud we have here on Buffalo's Westside.

UPDATE: I've learned, since I wrote this, that the 18th Street Park is not technically considered a park by the city of Buffalo. It, legally, is a city-owned empty lot. So the care of the lot falls into the hands of whatever department maintains empty city lots, not necessarily the same as park care and maintenance. 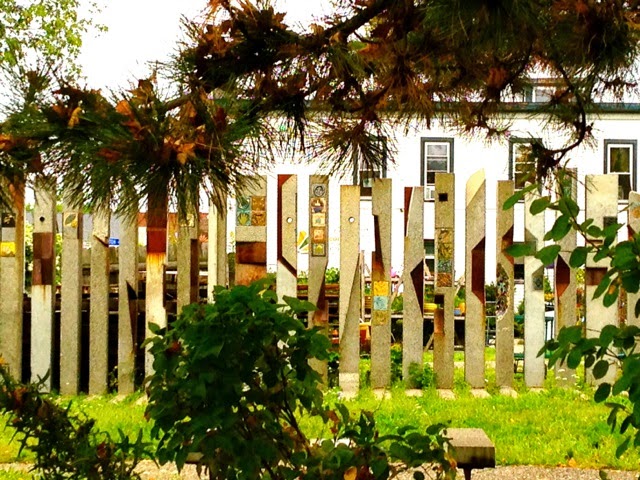 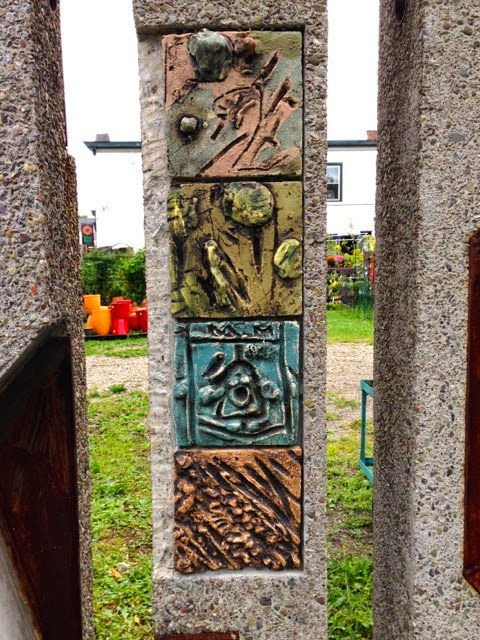 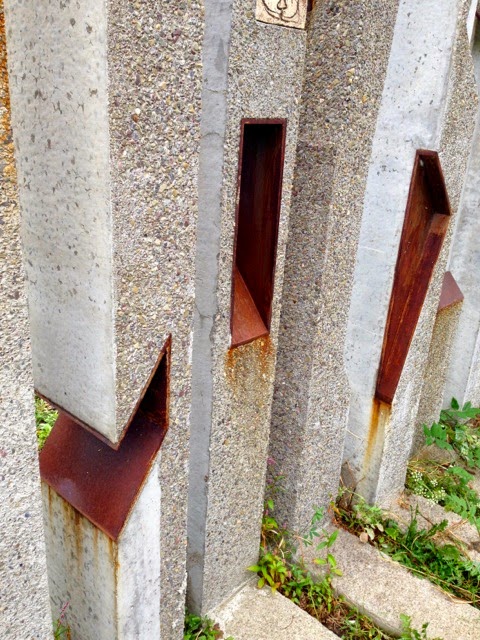 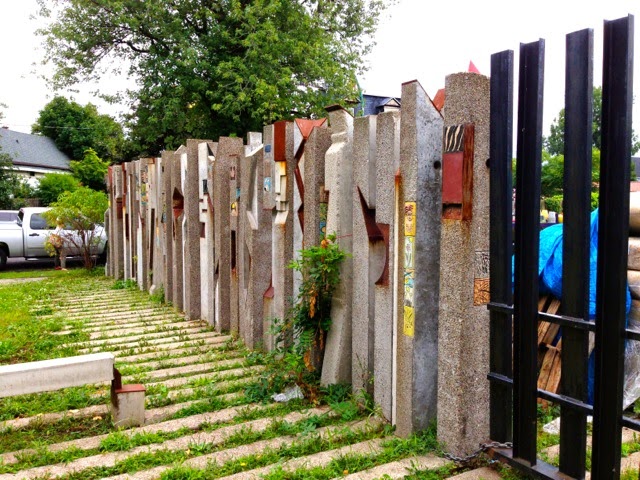 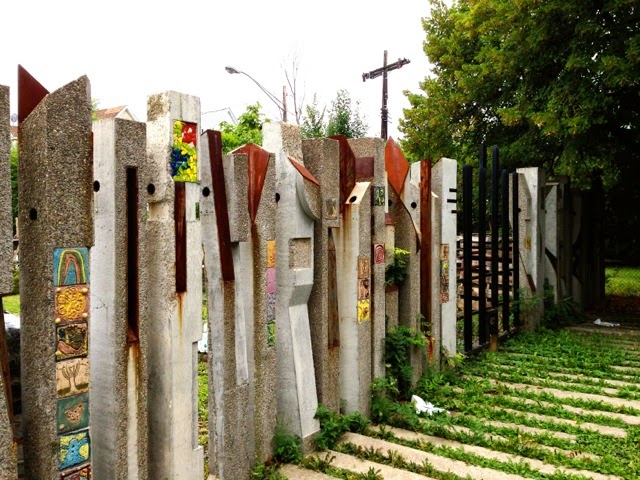 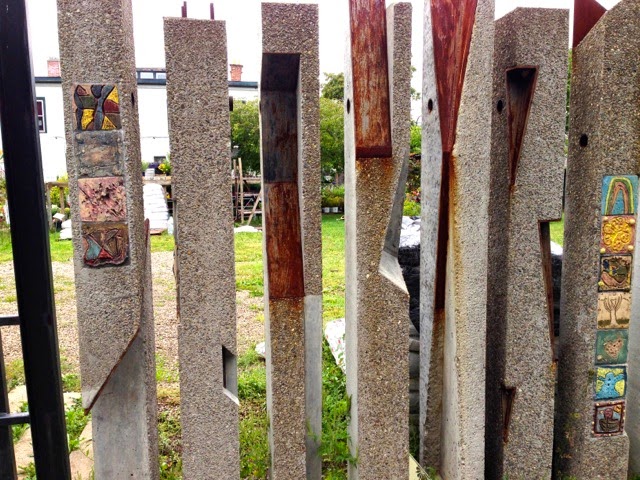 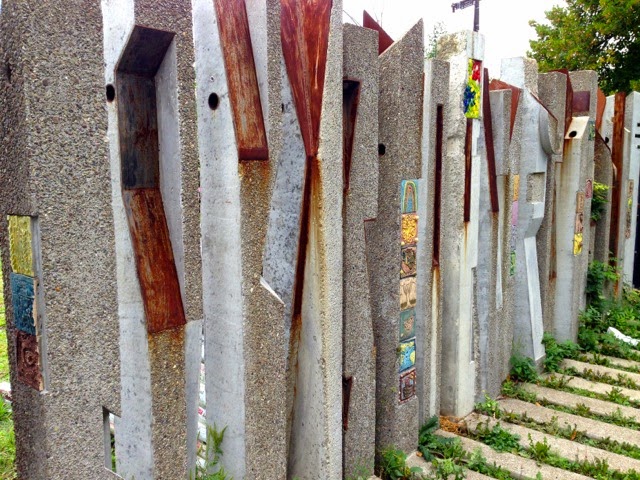