For you a rose in Portland grows... 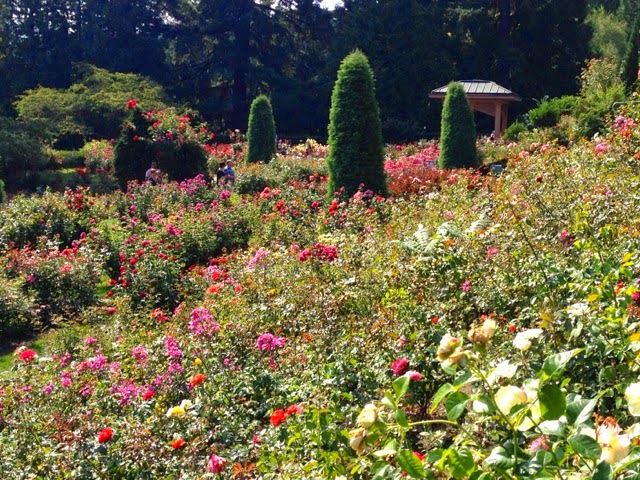 Portland Oregon's International Rose Test Garden in Washington Park is the oldest of 24 public rose test gardens in the U.S  for the All-America Rose Selections (AARS) - being established in 1940. The five-plus acres of roses sits on one of the highest points in the city and is worthy of a visit if you get to Portland. Thousands of roses represent more than 550 different varieties of roses. The visuals and smells are stunning.
Roses under test are not named but are given only a number. Varieties are submitted by hybridizers to the AARS, who then distributes them to the test gardens. Four plants of each entry are evaluated, for two years, on different characteristics, including plant habit, vigor, disease resistance, color, flower production, form, foliage, and fragrance. About 200 rose cultivars are trialed each year.


I'm not a huge fan of roses. The only ones I've ever had came with houses we've bought. AS much as I think of roses as "fussy" (keeping them away from other plants, blackspot, pruning, feeding) the ones I've inherited seem to do fine with neglect, which is a trait I admire in a plant.

I am an admirer of mass plantings of roses though. Buffalo's own Delaware Park Rose garden is a sight (and smell) to behold when in bloom.

Portland's rose garden is the most impressive I've ever visited. The hours are 7 a.m. -9 p.m. and it's always free! The garden is maintained by volunteers, with support from the Portland Rose Society and the Oregon State University Master Gardeners. And there were plenty of volunteers on hand the day we visited - able to answer questions on the roses, the Shakespeare Garden, and getting around Washington Park (it's a BIG park!).

We purchased a cut metal squirrel from the Rose Garden Gift Shop, to mount atop the our backyard fence which has become a squirrel highway. We'll have to see if that slows them down.

I didn't make it to the Garden Bloggers Fling trip, in June, to Portland. I have attended the Chicago and Asheville Flings, and helped organize the Buffalo Fling. I'm anticipating attending next year's in Toronto. I seem to be able to make it every other year.

But we did make it to Portland on vacation in last month. I probably could have learned a lot more about what we were seeing if I'd been there with 80-or-so garden bloggers. But it was also nice to not have bloggers in every photo! 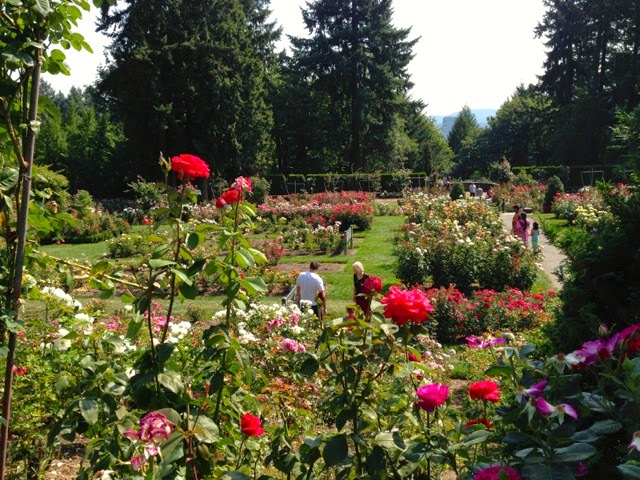 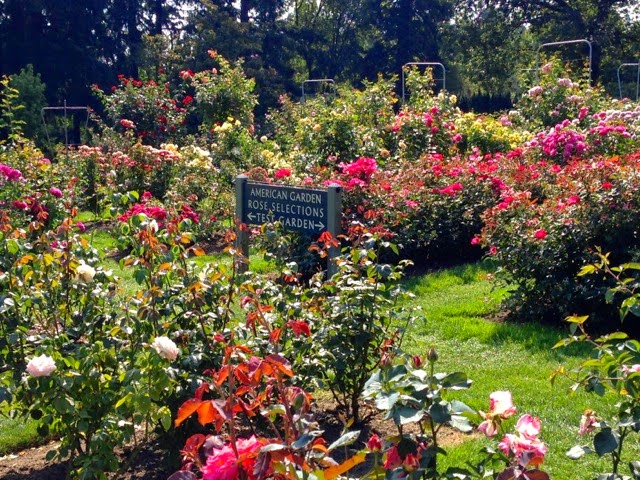 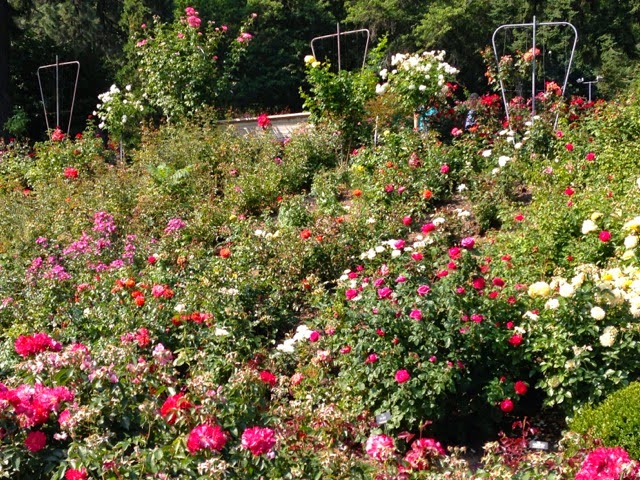 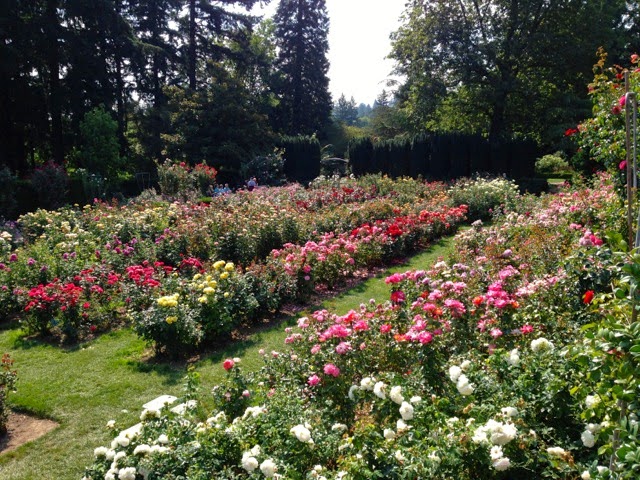 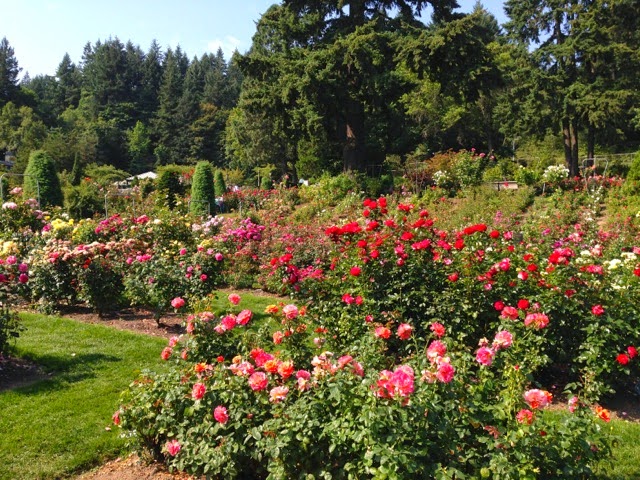 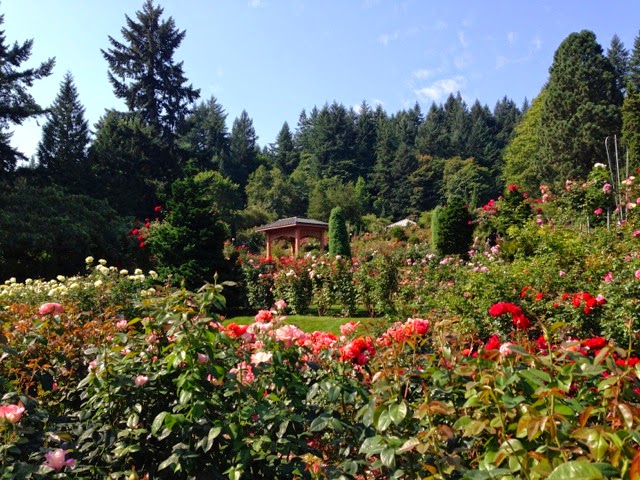 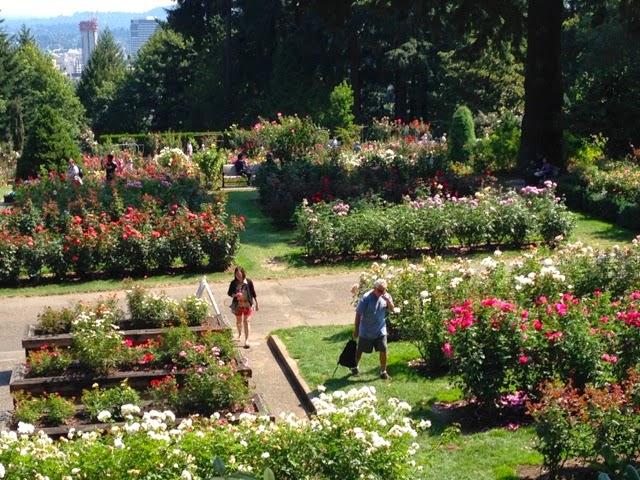