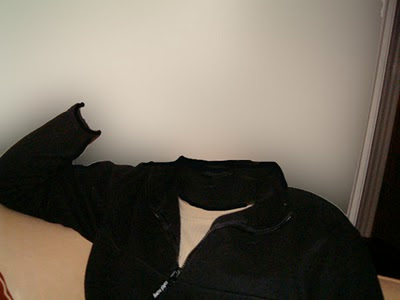 Our daughter has Alice in Wonderland Syndrome (AIWS) -- an actual, disorienting neurological condition that affects human perception, often associated with migraines. It can effect some or all of a person's senses, usually manifesting with visions just before the onset of a migraine.

But our daughter has them every single day -- most are not severe and she's learned to just deal with them and not even call attention to herself. Here are some of the things she's experienced almost every day:

But once in a while, she gets a doozy. Some of the bigger "visual effects," as we call them, signal an oncoming migraine, or are very upsetting, like:
This has been happening since she was born -- but the migraines didn't start until about two years ago (she's now 13). The visual effects, without the migraine headache, are referred to as ocular migraines, with, fortunately, no pain. The neurologist says it's like taking hallucinogens. Most people that get migraines get some visual "occurrences" but I've never, until her, heard of such wild sightings.

We've heard all the jokes -- like LSD without the side effects! Hallucinogenics without the expense! And for the most part, we try to keep it light. When she asks if we see something that she sees that we can't see, we usually say we see it too. Even if it's purple fuzzy dots wherever there's blue sky. But the migraine-warning, scary visuals we take very seriously.

When she was a just starting school, and learning to read, it was HARD! We hired a tutor to help her reading and writing in third grade. She couldn't verbalize what she saw and we didn't know there was an underlying problem. At first we thought is was dyslexia, or some other reading disability. That was ruled out by reading specialists. We then thought it was an eye problem. One optometrist had us convinced she had extreme tunnel vision and had us doing crazy eye "exercises" for a year -- things like walking in a figure eight pattern in the basement floor while reading a sheet of Ps, Qs, Ds and Bs we held out in a stationary spot.

Thank god for the good folks at the Olmsted Center for the Visually Impaired. They recognized immediately that it was not an eyesight problem but was neurological. We've been seeing a neurologist regularly for a couple years. To alleviate the migraines, she takes Maxalt, a prescription pain reliever. She also takes another low-dose prescription to help her get regular sleep. Sleeping is one of her favorite things, and something at which she excels!

From what I've found, AIWS usually affects children. And, from what I've seen online, it seems to be mostly girls. Lewis Carroll, author of Alice in Wonderland, had a niece with it, hence the name (though his own use of psychotropic drugs probably help with his writing too). It can effect all senses -- some can feel a concrete wall and it'll feel soft, like feathers, or the opposite. With our daughter, it seems to be only sight and sound.

She's got some allowances in school to make it easier on her -- she can use a keyboard for writing since her handwriting is so bad; she can take tests and put answers in the booklet, and not use bubble sheets; she can have more time on tests if she needs it; she can have questions read to her, if she wishes; and she takes tests in a separate room, alone.

She's a good student, a voracious reader, a Girl Scout, got lots of friends, sells homemade glass-bead jewelry, is interested in architecture, and is the youngest volunteer (and donor) at Frank Lloyd Wright's Darwin Martin House. She is on the cleaning crew and assistants docents on tours. She's even an acolyte at our church and involved with the youth group there.

There is no cure to speak of. Many women get migraines that effect them during different hormonally-charged times in their lives -- puberty, pregnancies, and menopause. Our only hope is that it fades away with puberty, which is a possibility.

We had her start a blog Wonderland Vision to chronicle some of the things she sees or goes through (though she's not made an entry in months). My thought was that she could contribute to the information out there about this rare condition. There really isn't too much out there about it. Even the neurologist knew of it, but had never had a patient with it. So this post isn't about gardening. It's about Alice in Wonderland Syndrome -- so that others trawling the web for AIWS might stumble across this and know what others have gone through.
Labels: Alice in Winderland Syndrome