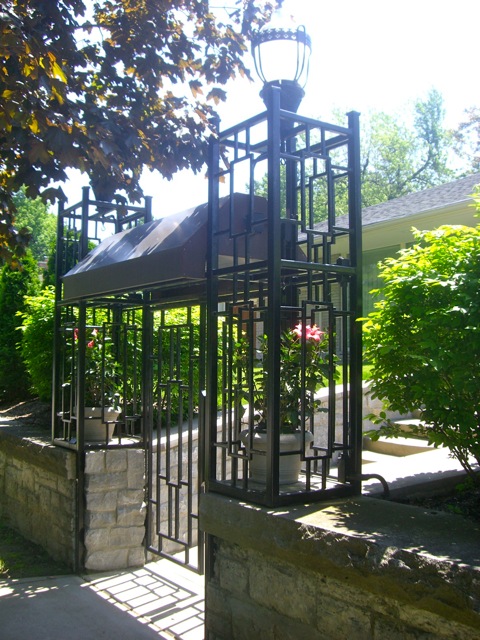 On a beautiful side street that faces Delaware Park here in Buffalo, we spotted this doorway/fence/arch/ combo (oh, and lights too) that had planters sitting on the stone wall ledge - in cages built into its "pillars"-- to obviously prevent purloined pots. Seemed like a brilliant way to keep plants out by the sidewalk in planters. Might have been less expensive to just build pots INTO the stone wall. 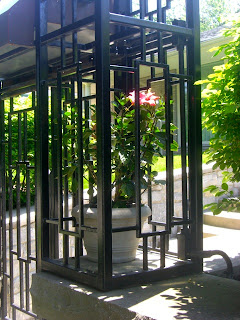 I've heard from many gardeners over the years about stolen plants - everything from hanging baskets that disappear over night to prized trees, like a Japanese maple being stolen shortly after planting. I wouldn't say its rampant, but it happens.

I've had iris picked out of my front yard, and had solar lights stolen out of the front yard (back when they were new on the scene and expensive), but never had actual plants stolen. I'm cognoscente of it though. My front yard baskets are wired securely to the brackets. They can still be stolen, but it would make it difficult to get them off the brackets.

My alternative would be to plant poison ivy in my front yard baskets. They still might get stolen, but it would give me a certain measure of satisfaction.

Ever have something stolen from your garden?
Labels: Buffalo Garden Ideas