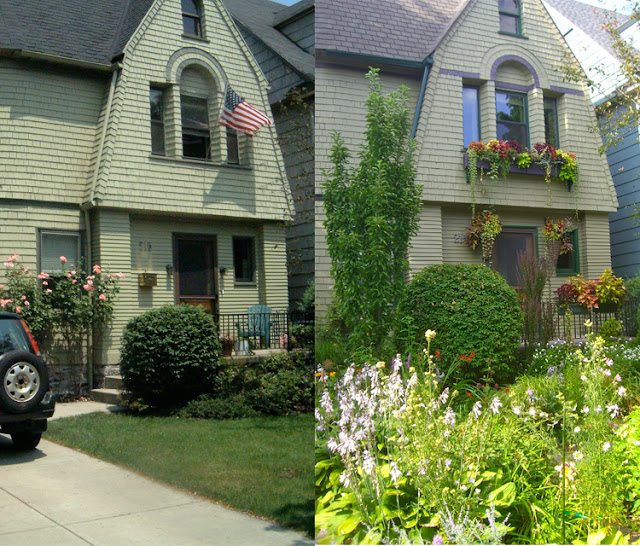 My first ever blog post was on Sunday, November 18, 2007. It was on a Better Homes & Gardens photo shoot here in Buffalo, actually on my street. Since then, story producer Donna Talley and photographer Andreas Trauttsmansdorff have been back two more times. Andreas even came back to photograph Buffalo gardens for Martha Stewart Living magazine (those photos were never published. Long story, buy me a drink and I'll share it with you).

I started the blog really so I could promote Garden Walk Buffalo, the largest garden tour in the U.S. It's also been an outlet for sharing garden photos taken on vacations, my own garden projects as well as the National Garden Festival, an annual five-week long series of garden events that culminates with Garden Walk Buffalo.

I've also attended two garden blogger meet-ups, one in Chicago in 2009, and hosted a meet-up here in Buffalo (with Elizabeth Licata of Garden Rant/Gardening While Intoxicated) with 72 garden bloggers and met some really great people that like to share garden information from 23 different states and Canada. I am anticipating going to this year's garden blogger's meet-up in Asheville, NC.

Some blog stats from four years:
That last bullet makes me look forward to the next four years!