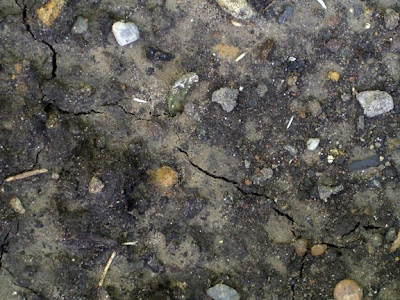 State soil? No, it's the official soil of my garden. An exquisite and tasty mix of topsoil, compost, manure, peat moss with notes of potting soil, small rocks, and the occasional chunk of lost plastic plant markers.

I didn't even know you could have a state soil. I mean, I know I have a state bird (Eastern Bluebird); a state flower (Rose); a state fruit (apple); and state tree (sugar maple). But until I went looking, I didn't know we had a state beverage (milk); state bush (lilac); state fossil (Euypterus Remipes); state insect (lady bug); state reptile (common snapping turtle): and state muffin (apple).

And we have a state soil–Honeoye! “Honeoye” is from the Iroquois “Hay-e-a-yeah.” And one of the Finger Lakes, mid state, is named Honeoye.

Honeoye soils are good for corn, soybeans, wheat, oats, vegetables, alfalfa, grass pasture, hay, grape and apple orchards. Wooded lots contain sugar maple, white ash, red and white oak, hickory, and more. This soil is found on about 500,000 acres across the state, are fertile, have a high base saturation, and are slightly acidic at the surface and neutral in the subsoil. No New York State soil song though.

For those of you with dirty minds–you have a state soil too (assuming you live in the states, Puerto Rico & Virgin Islands). To find out if you're a Downer, Crider or a Pamunkey, check out the list below. Click on your state to get a .pdf of information on your official state soil.
To find out even more, visit the State Soils page of the Natural Resources Conservation Services' website.

There. Now you are just that much smarter than the gardener next door?
Labels: Buffalo My garden