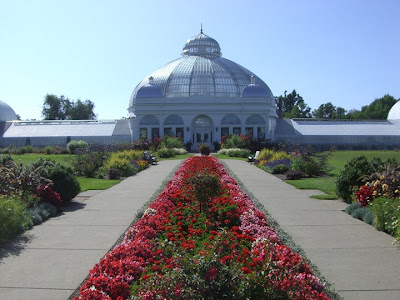 The other day I had to pick something up from the Buffalo & Erie County Botanical Gardens. (I know, it's a mouthful, but fortunately, their web address is easier to remember - BuffaloGardens.com.) Since I was there, and actually 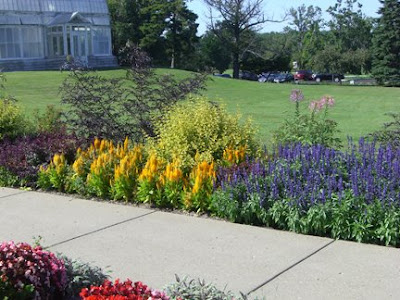 happened to have remembered to take my camera, I took a quick spin around. They have more in bloom than I do.

The park in which the Botanical Gardens are located, was designed in 1894 by none other than Frederic Law Olmsted - landscape designer of Central Park, the Capital Mall in Washington D.C, Boston's "Elmerald Necklace," Yosemite Valley, Chicago's Riverside and Buffalo's parks, parkways and traffic circles. 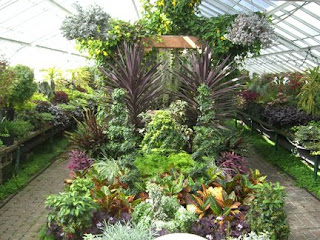 The three-glass-domed conservatory was built in 1897 and designed by Lord & Burnham, based on the Crystal Palace and Kew Gardens Palm House in England. It's really a spectacular building. 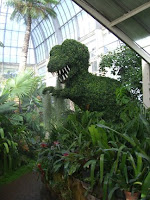 It was really a quick walk through, I was already late for another stop I had to make. So I rushed by the topiary dinosaurs, the towering waterfall, the succulent room, the cacti room, the bromeliad garden, orchid garden and even whisked by the section with all the carnivorous plants - and I never do that. 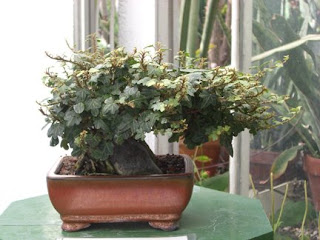 The one take-away I did get though was this one tree that was part of the bonsai tree display - it's an English Ivy! I can even try that. And I just might.
Labels: Botanical Garden Garden Tour visit